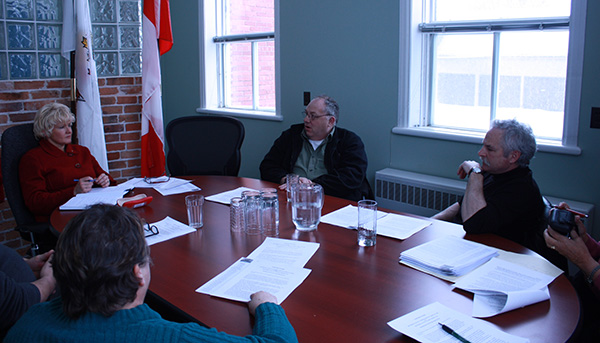 “Farm organization representatives have come to me expressing their concern that the lateness of receiving the program application forms, the lack of clarity in the forms as well as the paperwork requirement may result in farmers who should qualify for assistance not receiving any help,” stated Cheryl Gallant, MP. “I worked very hard to convince our Federal Government Agriculture Minister Gerry Ritz that our local farmers needed support. As a result, the biggest share of this program, 60%, is being paid for by the Federal Government. This program came in addition to the financial assistance I was able to deliver for local farmers for Hay East 2012 and the tax deferrals announced by the Federal Government to eligible producers in designated drought areas on the sale of breeding stock.”

“This is an opportunity for the new Premier of Ontario to put words into action as the Provincial Minister of Agriculture. While the Federal Government is providing the bulk of the funding for this initiative, by agreement the Provincial Minister is responsible for the overall delivery and administration of the program,” observed Cheryl Gallant, MP. “Rural Ontario is watching. I invite her to listen to the farmers in Renfrew County. They need more time to complete program forms. Many do not have the $300 to $1200 they have been given as estimates by accountants and farm consultants to fill out these forms. There are issues with a number of the requirements to qualify for this program. An extension to the program deadline is needed to sort out these problems. The time has come for the new Ontario Premier to work together with the women and men who grow the food on her table.”

“As recognized by the province’s own AgriRecovery Assessment, Renfrew County was the worst-hit drought area in 2012, with a drop in forage production as much as 50%.  Poor pasture conditions forced some producers to feed their first cut of hay in July and August, which meant they had less hay available for winter feeding,” said MP Gallant.