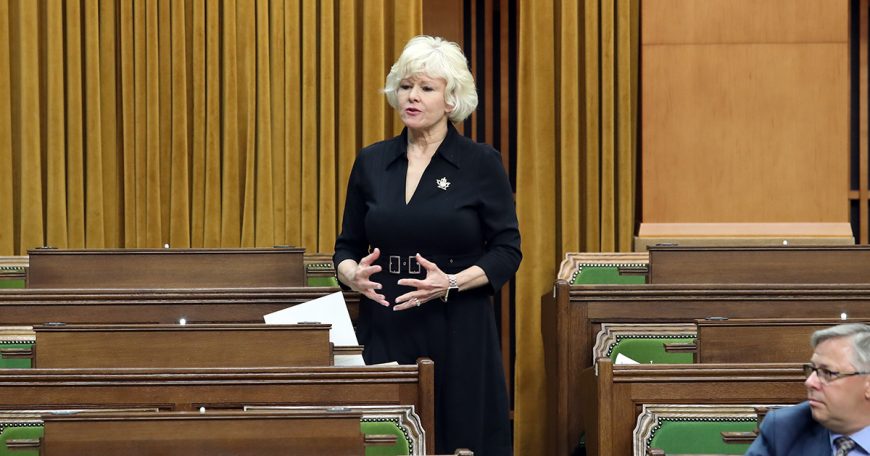 During debate over the Trudeau Government’s cover-up of sexual misconduct allegations within senior military leadership, MP Cheryl Gallant exposed the ways Liberals are perpetuating a culture of toxic masculinity. “The Prime Minister’s toxic masculinity is never going to change unless members of his own caucus and his own party stand up to him,” said Gallant […] 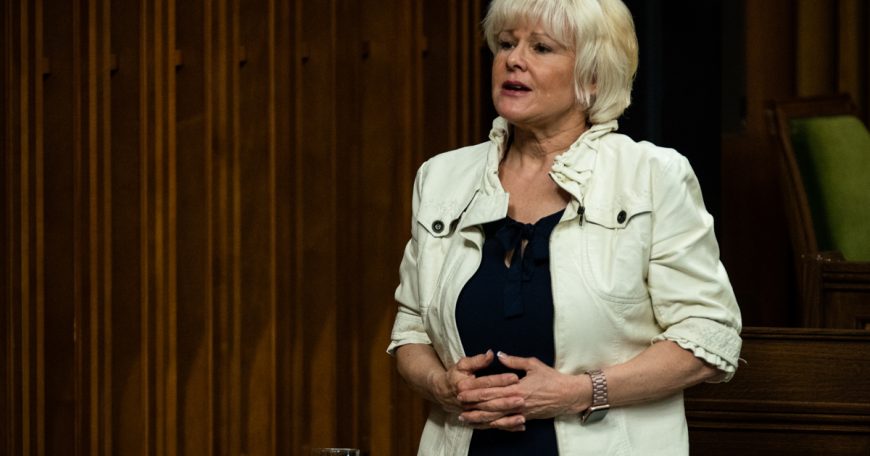 I am calling on constituents to make their voices heard before it is too late. The Trudeau Liberals want to control and regulate all video and audio available on the internet. Experts are calling this the most anti-internet government in Canadian history. Bill C-10 is federal legislation to regulate all audio and video content available […]

Continue Reading 0
By Cheryl Gallant on April 22, 2021 in Defence & Readiness

Ottawa, ON – MP Cheryl Gallant rose in the House of Commons yesterday, and continued pressing the Liberals to end their obstruction of the National Defence Committee’s investigation into sexual misconduct. “The Liberal Members of the Committee are doing everything they can to debase their honour in order to protect Prime Minister Trudeau,” said MP […] 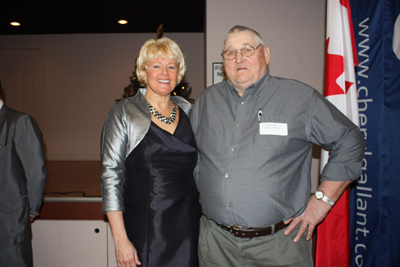 MP Cheryl Gallant is calling on the Federal Government to strike a Queen’s Platinum Jubilee Award to honour the sacrifices Canadians have made over this past year. “The Liberal Party’s disdain for Canada’s history and institutions is obvious,” said MP Gallant. “Their first act as government was to remove portraits of the Queen from government […]

The decision to delay the regulations on the amount third parties can charge to apply for the disability tax credit has personally cost Canadians living with disabilities thousands of dollars. The recent publishing of a cap on fees does not return any of the millions of dollars lost to promoters of the tax credit who […] 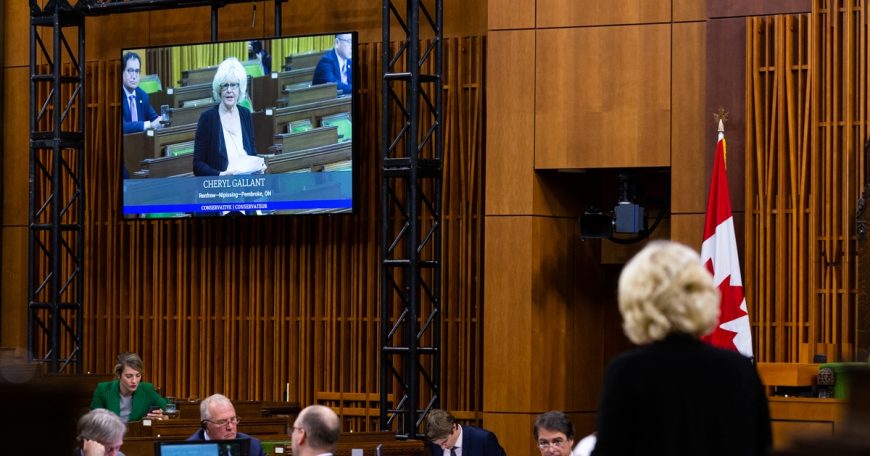 Ottawa, ON – Cheryl Gallant, Member of Parliament for Renfrew-Nipissing-Pembroke, rose during debate in the House of Commons to draw attention to the failure by the Liberals to offer vaccines to Canadian Armed Forces members being deployed overseas. “Since the start of the COVID pandemic, almost 1,300 members of Canada’s armed forces have contracted the […] 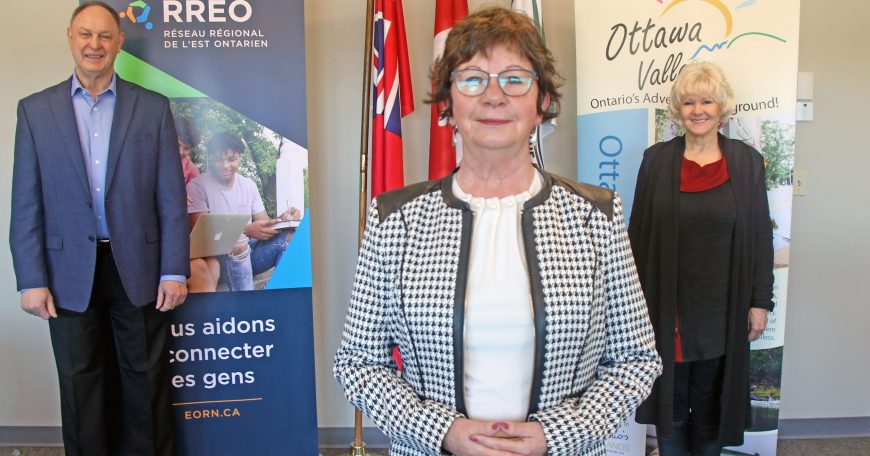 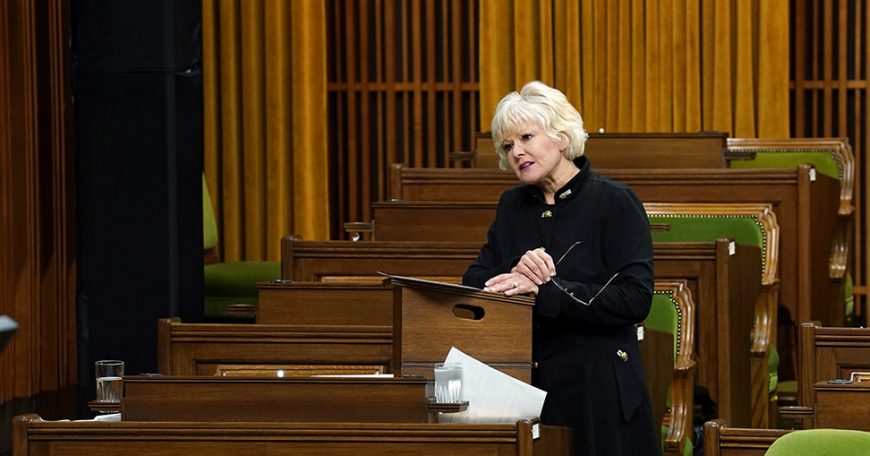 By Cheryl Gallant on March 24, 2021 in Nuclear Science & Research

During a speech in the House of Commons on Monday, I urged a divided Liberal caucus to support small modular reactors. “I want to assure the Minister of Natural Resources that he has my continuing support when it comes to good jobs in the nuclear sector,” said MP Gallant. “The nuclear industry is a big […] 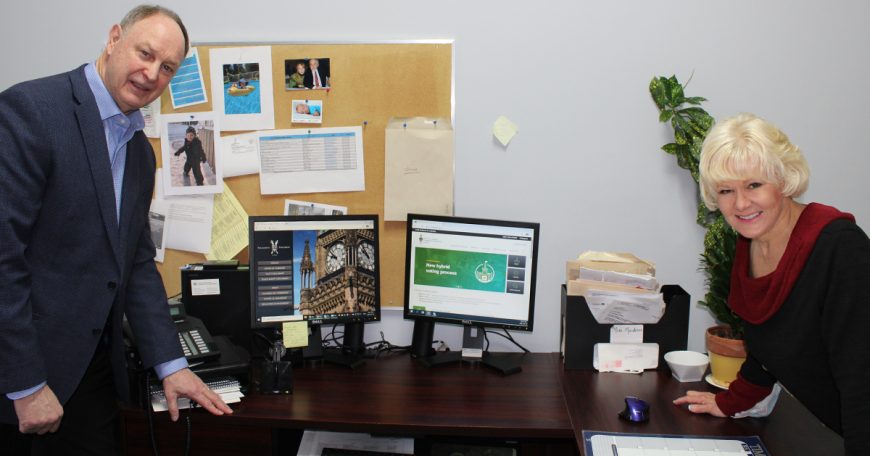 Fast, affordable internet combined with remote work could revive struggling rural and remote economies. For this to happen poor internet at high prices is unacceptable. The Trudeau Liberals act as if the pandemic never happened when it comes to rural internet. A year before Trudeau locked us down he promised to spend $1.75 billion on […]