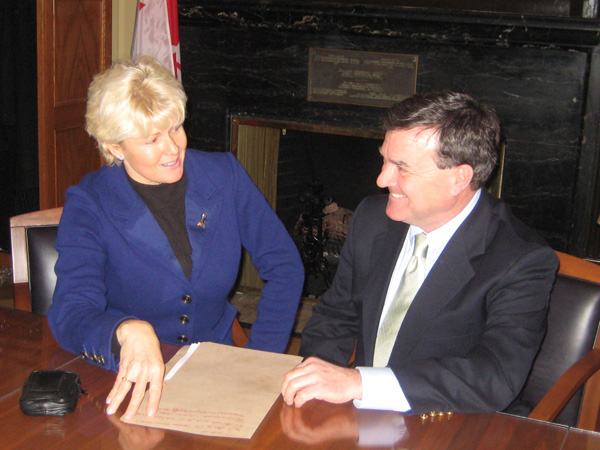 “While Canada has the best job creation record among all G-7 countries since the worst of the global recession with over 950,000 net new jobs, we recognize that the global economy remains very challenging,” said MP Gallant. “In Economic Action Plan 2013, our Conservative government remains squarely focused on the number one priority of Canadians, with a forward-looking plan to help create jobs and grow the economy in Ontario and across Canada.”

“Unlike the 1990s, we will not slash transfers to healthcare and education services that hard-working Canadians families depend on. And nor will we follow the NDP’s plan for risky tax schemes, like a $21 billion carbon tax, that will raise the price on everything Canadians buy. Our Conservative government is protecting the services that Ontario families depend on,” concluded Cheryl Gallant, MP.