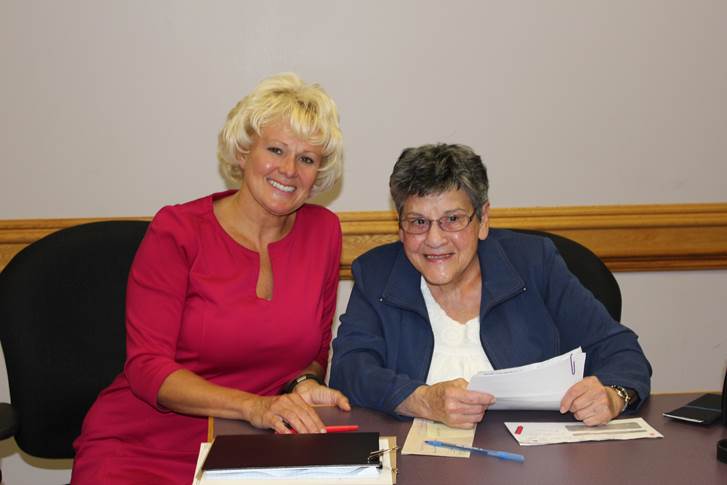 Parliament has recessed for the summer, and as is customary for this season, I have been conducting constituency clinics in the less central areas of the riding.

This summer, as I meet with people in Griffith, Whitney, Palmer Rapids, Quadeville, Braeside, Horton, Stonecliffe, Wilno, and Matawatchan, the common theme I hear from residents is the question of when they will get cell coverage and faster internet. Federal MPs in Eastern Ontario were successful in securing $60M for the region to fill the broadband gap. Once again the members of BRAVO Task Force I struck in January of 2007 are to be commended for their role in making this happen.

Two years ago one of the major issues was the conversion of the CBC from analog to digital. The CBC chose to continue the free broadcast for certain urban areas, leaving rural viewers to acquire cable or satellite service. The reason behind the change was to free up a portion of the radio wave spectrum for cell phones, internet, data, and other wireless communications.

The entire issue of access to wireless service is now front and centre nationally, as the time for wireless companies to submit bids for the wireless spectrum auction draws near. Our Conservative Government intends to keep the interests of the consumer foremost in mind. Access, speed and affordability are what the public demands. That means competition is a requirement.

Right now the air waves are mainly owned by Rogers, Bell and Telus, the “Big 3”. In order to encourage more providers to enter the marketplace our Government has set rules to limit the blocks of spectrum the Big 3 can bid on in the upcoming auction. The auction includes the high quality 700 MHz frequency band formerly used by analog TV signals, which is better for rural areas, because the signal reaches farther, and needs fewer towers to provide coverage.

In addition to Wind, Mobilicity & Public Mobile, whose entrance into Canada’s wireless market forced the BIG 3 to finally end the hated System Access Fee, another company which previously serviced parts of our country, Verizon, may join in the competition. This has the incumbents fuming in the newspapers, on the radio, in newscasts over satellite, cable and internet claiming the Government is being unfair for allowing an American company into the game. They are also saying Verizon’s entrance will threaten current plans for expanding coverage to rural areas.

The Big 3 have a dominating place in Canada’s telecommunications market, owning TV, radio stations, and newspapers in addition to cable and cell phone services. That’s right, if you are fortunate enough to have cell phone coverage where you are, one of the Big 3 companies may also own a piece of the newspaper you read, TV channels you watch, and the radio you listen to.

If you do not have highspeed internet, part of the reason may be that one of the Big 3 owns the spectrum for it, has no intentions to use it, but keeps it so that no one else can have it, such as small local companies who would provide you coverage if they had access to it.

Now let us address the newly found concern the Big 3 have for rural residents. They claim service for rural residents will be threatened if more competition is allowed in. For years urban phone customers were billed an extra fee to pay for telecommunications infrastructure in outlying areas. It was called the “deferral” account. We still have homeowners two hours outside our nation’s capital who do not have basic phone service. These people wrote cheques to help cover the costs of getting lines out to their farms. The cheques were returned to the people. Extra phone features were provided to customers along the Highway 401 corridor.

Over the second part of the summer I look forward to hearing from you on this topic and on others of importance to you.