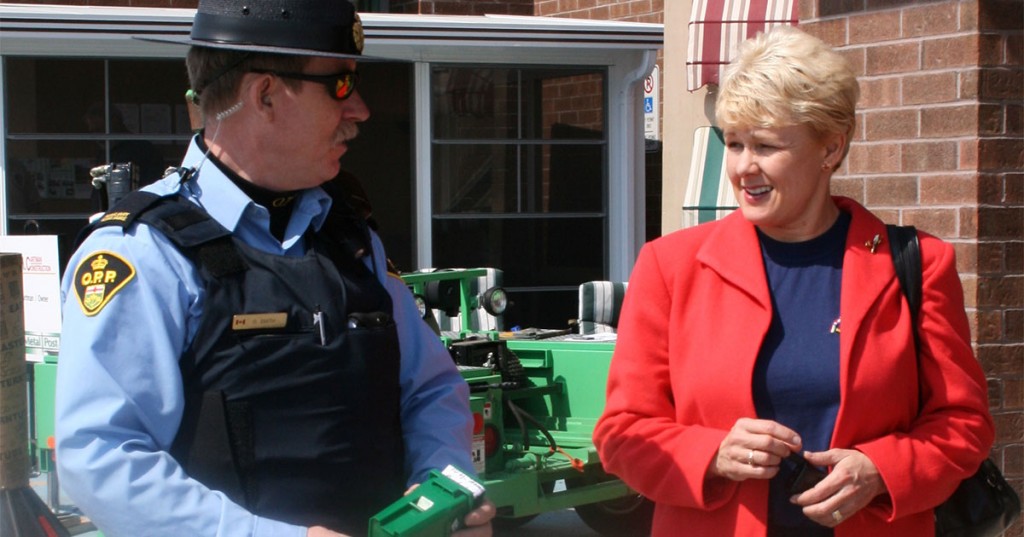 Arnprior, Renfrew, Ontario – Cheryl Gallant, MP Renfrew-Nipissing-Pembroke, today, highlighted the growing problem of prescription drug misuse and abuse and is encouraging all Renfrew County residents to participate in National Prescription Drug Drop-Off Day hosted by the Canadian Association of Chiefs of Police on Saturday, May 10, in communities across the County.

“National Prescription Drug Drop-Off Day is an opportunity for all Canadians to safely dispose of unused pharmaceuticals and to participate in an overall strategy to help combat the growing problems associated with the misuse and illicit use of prescription drugs. National Prescription Drug Drop-Off Day is one of the ways our Government is helping to prevent the misuse of drugs,” stated Cheryl Gallant, MP.

Arnprior residents are encouraged to drop-off unused or out of date pharmaceuticals to the Arnprior OPP detachment located at 44 John St. N. from 10 AM to 3 PM Saturday, May 10th. In Renfrew, drop-off is at any local pharmacy.

“Our Government is taking action to address this complex issue and ensure that drugs intended to serve as medicine do not become the source of abuse and addiction. As announced in Economic Action Plan 2014, our Conservative Government has committed $44.9 million over five years to expand the scope of its National Anti-Drug Strategy to include activities to address prescription drug abuse.”
“By working together, we can protect Canadians from the misuse of prescription drugs and tackle head on prescription drug abuse and addiction,” concluded Cheryl Gallant, MP.