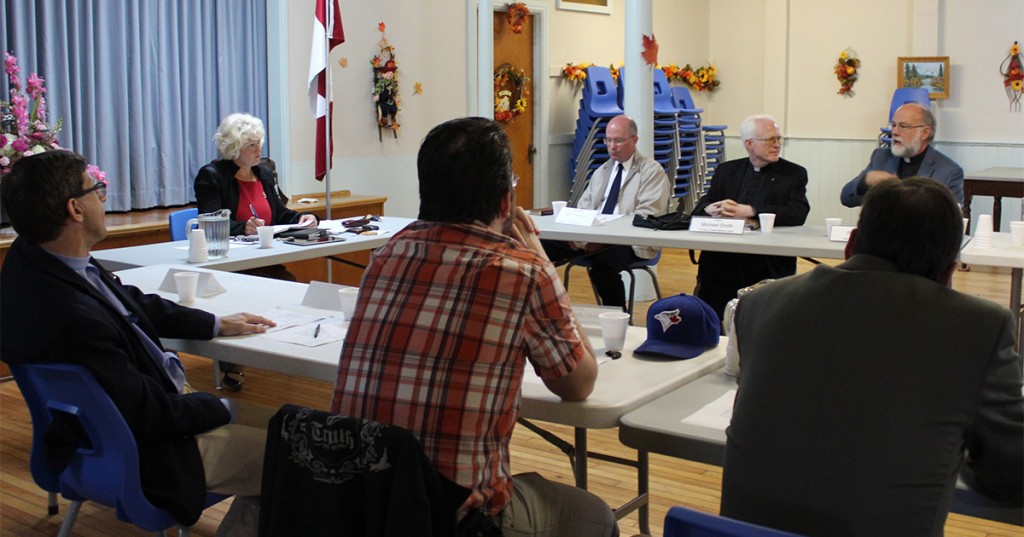 Pembroke, Ontario – Cheryl Gallant, MP Renfrew-Nipissing-Pembroke recently hosted the leadership of the local ecumenical community for a consultation on issues of shared concern.

“I am pleased to thank all the pastors who took the time to voice their thoughts as well as the interests of their congregations,” remarked Cheryl Gallant, MP. “There was good representation from across the Riding. The discussion was open, frank and uninhibited. There were no taboo subjects. This is as it should be in a democracy. As one of our participants observed, this is one of the benefits of living in the Upper Ottawa Valley. People are encouraged to speak their mind. As a Conservative, I welcome a diversity of opinions.”

“What was fulfilling for me was to hear first-hand the issues I champion on their behalf in Parliament are their issues,” stated MP Gallant. “One of the issues raised was the cost of living and how difficult it is becoming for some individuals in Renfrew County to make ends meet. Residents know that I have been aggressively investigating escalating hydro prices. Raising Hydro prices by the Ontario provincial government is a regressive form of taxation, as lower income families and seniors on fixed incomes pay more for necessities like electricity as a proportion of their income than higher income earners. This has led to energy poverty. With our aging population there is a definite lack of local services for rural seniors.”

Another concern raised was the marginalization of Christians by certain political parties to the point of denying individuals with deeply-held religious convictions membership. This disturbing censorship trend, in their opinion, was encouraged by national media.

Some of the other issues raised included homeschooling, the changing forms of marriage, euthanasia, life issues, the need to fight human trafficking and the negative impact prostitution has on those trapped in this activity.

“All participants welcomed the opportunity to participate in a community dialogue with their peers. While many different denominations were represented, the need for a partnership on many common issues was discussed. While each denomination may have a different approach, they all shared one foundation, which is the Christian bible,” concluded Cheryl Gallant, MP.