Calling up all WWII Veterans 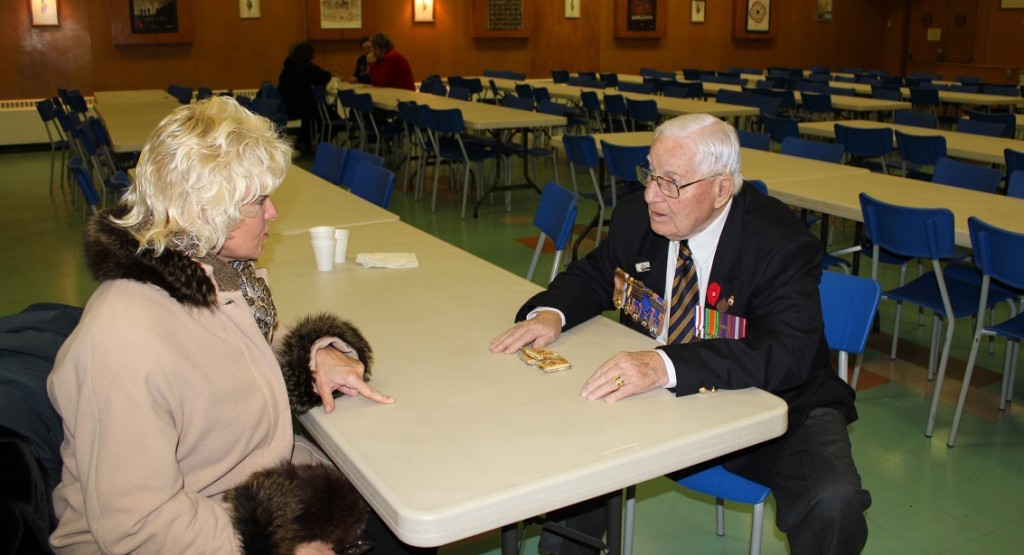 Ottawa, Ontario – Cheryl Gallant, MP Renfrew-Nipissing-Pembroke, is looking for all Second World War Veterans. This year, to recognize the 75th Anniversary of Canada’s participation in that conflict, WW II Veterans are eligible to receive a special commemorative tribute.

Canadians who served at least one day with Canadian Armed Forces, or with any other Allied force including the Canadian or British Merchant Navy, either at home or abroad, during the Second World War, are eligible to receive a special commemorative lapel pin and certificate. Cheryl asks WW II Veterans, or friends or family on their behalf, to please contact her Constituency Office so she can make sure everyone is properly recognized.

With a population of some 11 million in 1939, Canada’s contribution to the Second World War was disproportionately large. From 1939 to 1945, more than one million Canadians and Newfoundlanders served, with more than 55,000 wounded and over 45,000 giving their lives.

It is estimated that there are approximately 80,000 Canadian Second World War Veterans alive today.

“I join my colleagues across the country in recognizing the tremendous contributions of those who courageously defended our shared values of peace and freedom in the Second World War. Through this tribute, we are remembering and honouring those who served in this conflict with pride and appreciation,” concluded Cheryl Gallant, MP.