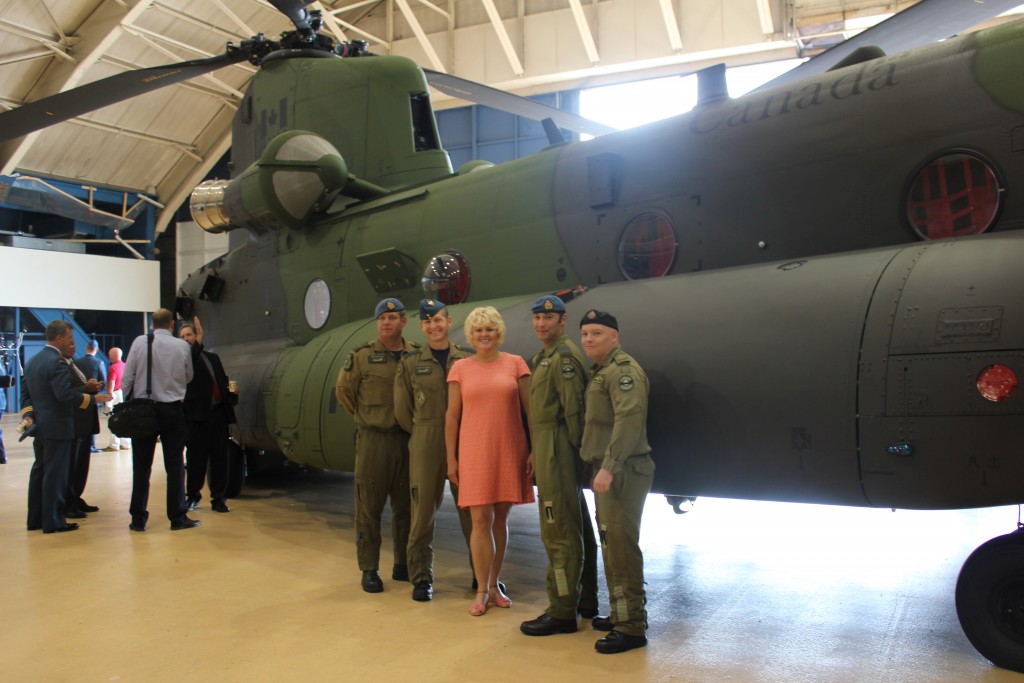 The decision to cut equipment purchases approved by our previous Conservative Government risks lives. That is my thought when in regards to the decision by the Trudeau Government to withhold funds for equipment like search and rescue helicopters and personal armour protection systems.

As the MP whose constituency includes Garrison Petawawa, I pointed out to the Liberals in Question Period this week that it would be the frontline soldier as well as ordinary Canadians, who would bear the brunt of a so-called Liberal “leaner military”.

“Hansard, April 20, 2016.
Mrs. Cheryl Gallant (Renfrew—Nipissing—Pembroke, Conservative):
Mr. Speaker, the Liberal procurement process is failing our military. The decision to withhold funding for the Cyclone search and rescue helicopter reminds Canadians of the horrible Chrétien decision of the 1990s to cancel the EH 101 helicopters. Why is the Prime Minister so willing to put the women and men of the Canadian Armed Forces at risk by cutting military funding?”

Only liberals would sell off our Chinook Helicopters before a replacement, which was supposed to be the EH-101 helicopter, was in place. Without the strategic lift helicopters cancelled by the liberals, soldiers died unnecessarily on the bomb-laden roads of Afghanistan. The question the Trudeau liberals refuse to answer is ‘How many must die because they delayed the purchase of search and rescue helicopters?’

The same question can be asked of the Trudeau liberals over their decision to cancel the Integrated Soldier System Project. That uniform is designed to protect the lives of individual soldiers. As a personal armour protection system, its immediate purchase has become more critical with the politically-motivated decision to withdraw Canadian air cover from soldiers deployed against ISIL in the Middle East.

While the liberals talk about fake airplanes and procurement cycles, our Conservative Government provided the proper equipment to do the job we ask of our men and women in uniform, when it was needed. Saying they are delaying Conservative funded projects to after 2021 and beyond puts lives at risk.

“Hansard, April 22 2016.
Mrs. Cheryl Gallant (Renfrew—Nipissing—Pembroke, Conservative): Madam Speaker, the Liberals are cancelling funding the integrated soldier system project. This is a uniform that protects the individual soldier from chemical and radiological weaponry and enemy fire.

Who can forget when the Liberals sent our soldiers into the desert of Afghanistan in forest green combat fatigues, making them targets? Why do the lives of the women and men who serve in the Canadian Armed Forces mean so little to the Liberals?”