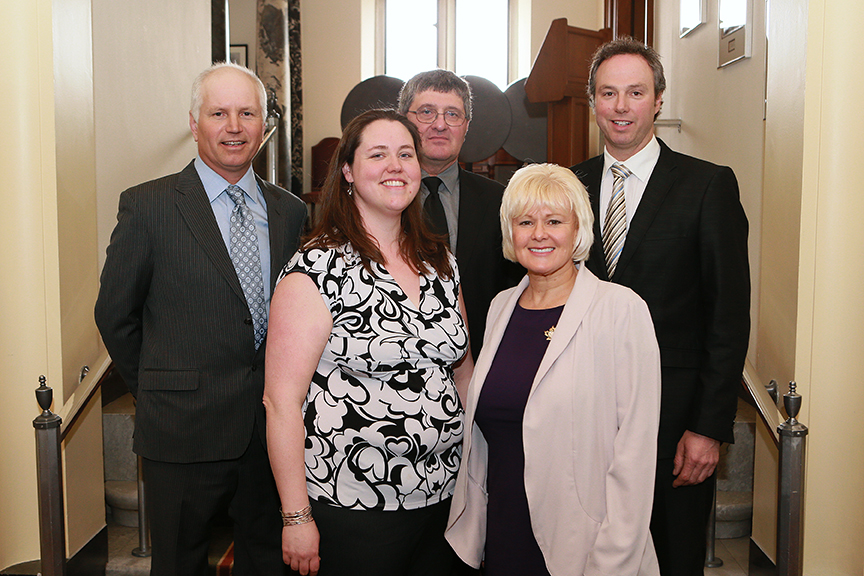 Together with Conservative Agriculture Critic Chris Warkentin, M.P. for Grande Prairie—Mackenzie, I was pleased to host Craig McLaughlin, President of the Renfrew County Cattleman Association; Jennifer Doelman, from the Crop Sector; Barry Gould, Poultry Operator; and Don Russell, a Dairy Farmer, on Parliament Hill to discuss what the future holds for Renfrew County farmers.

It was a pleasure to meet with Craig, Jennifer, Barry, and Don to hear firsthand the challenges facing our local agricultural producers.

While we may think of farming as a uniform industry, the issues facing each sector are as different as what they grow and raise.

Our livestock producers are concerned the Trudeau Government’s indecision over European and Asian Free Trade agreements our Conservative Government negotiated is creating uncertainty. Plans for building expansions are being halted, hurting both our farming and construction industries.

Dairy farmers are currently frustrated over the American practice of avoiding trade rules by using industrial methods to break down milk into its components which can be imported, and then re-constituted for sale as milk products.

The delegation expressed its gratitude to the Honourable Gerry Ritz for our former Conservative Government’s measures to support Canadian farmers, especially the financial initiatives in response to the 2013 Summer Drought in Eastern Ontario.

Most of all, the agricultural sector was disappointed that the Trudeau Budget had nothing about its industry, aside from the Finance Minister’s quip about trading their livestock and grains for wind turbines and solar panels.