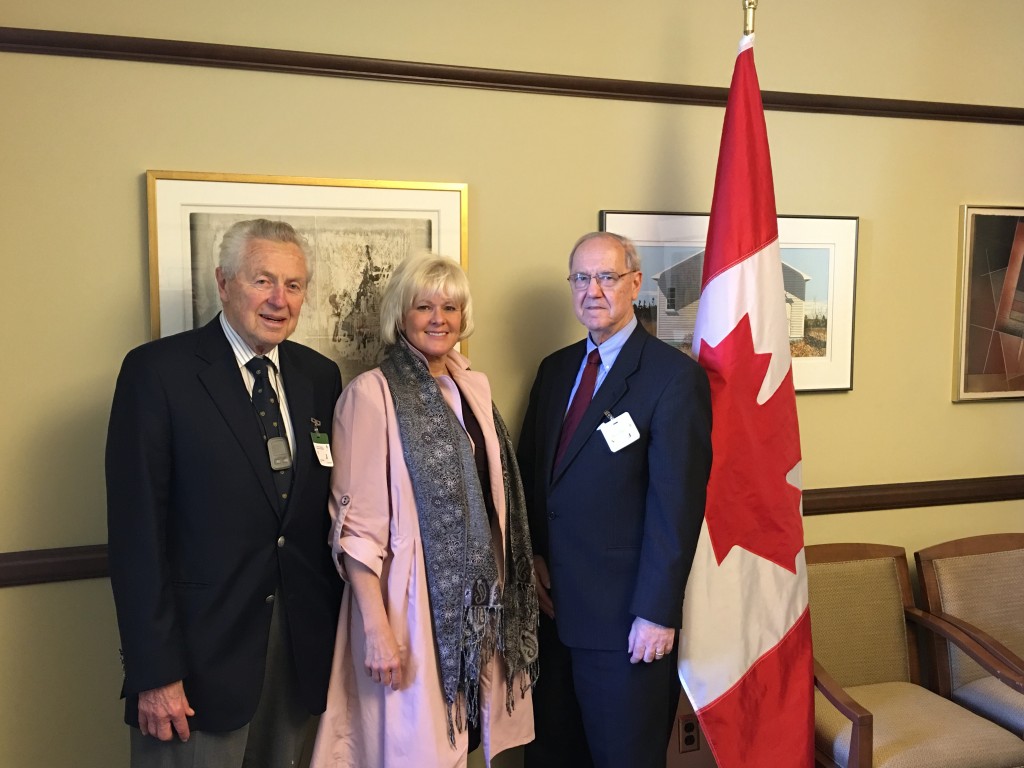 Parliamentarians were surprised to learn that less than one per cent of the energy available in a CANDU fuel bundle is used to generate electricity. The remaining 99.26% of energy is not used. It is time Canada changed direction by treating used CANDU fuel as a resource.

The current plan to bury used nuclear fuel in Deep Geological Repositories (DGRs) is like sticking one’s head in the sand. Radioactive material will still exist.

The technology behind fuel re-cycling has existed since the 1950’s through the use of Fast-Neutron Reactors (FNRs). One of the questions that came up during the presentation was why we had not gone in this direction in the first place.

It is so logical in hindsight that fuel cycling through fast-neutron reactors should have been pursued on land, with inefficient water-cooled reactors requiring no oxygen to function being quite logical in submarines and on large ocean-going vessels.

What is really exciting about this proposal to re-cycle used fuel from a Canadian CANDU Nuclear electricity reactor using a FNR, is the rather short time required (a few decades) to actually eliminate the long-term (400,000-year) concern of our used CANDU fuel, when you bury it with over 99% of the energy not used. Re-cycling reduces the environmental hazard.

Canada needs to change its focus from burying this $75 trillion resource to recycling it to produce large amounts of non-carbon electricity for our transport, industry and residential sectors. Non-carbon FNR electricity from eliminating nuclear “waste” would be reliable, affordable, predictable, and as a “load-following” technology could even replace gas-fired generation.

It’s all good, for the economy and for climate mitigation, and does not require additional taxes or levies to start such a self-propagating process. Over $ 9 billion (and rising to $ 20 billion) has already been put in trust towards nuclear waste management using an unnecessary, unproven and unprovable Deep Geological Repositories.

Those funds should be redirected into profitable nuclear waste management by recycling through Fast-Neutron Reactors.