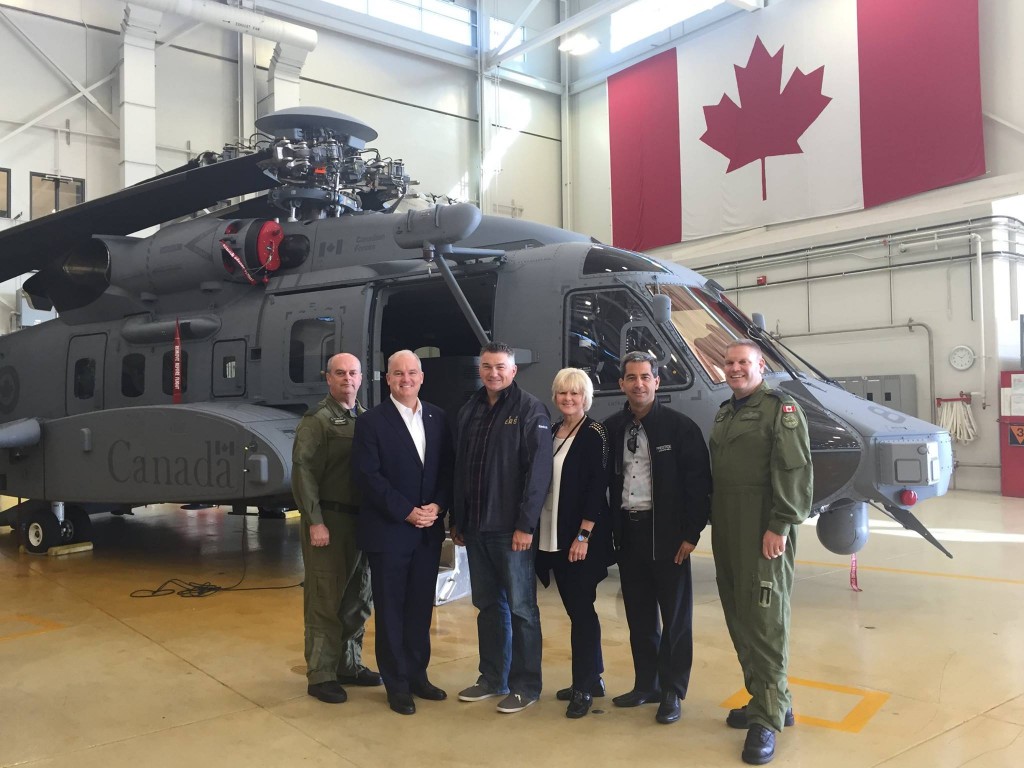 Thank you to the Canadian Armed Forces for the privilege of visiting CFB Shearwater in Halifax, observing first-hand the hard work the women and men of the Royal Canadian Navy perform to keep Canadian borders safe.

Helicopters are stationed on our ships to detect and deter foreign submarine activity in Canadian waters. They are also used for search and rescue (SAR) as well as catching drug runners

I was pleased to see firsthand that the replacement our Conservative Government ordered for Sea Kings, the CH-148 Cyclone, are being delivered and training is underway.

The Royal Canadian Navy is presently working with the manufacturer to ensure they will have all the features and equipment necessary to carry out their vital mission as a developmental project.

The Conservative Government had new aircraft lined up for the Sea Kings in 1987, the EH-101. These helicopters were cancelled in 1994 by the Liberals, leaving the Royal Canadian Navy with aging helicopters and no replacement in sight.

It was our Conservative Government that ensured the Maritime Helicopter Project is finally a reality.