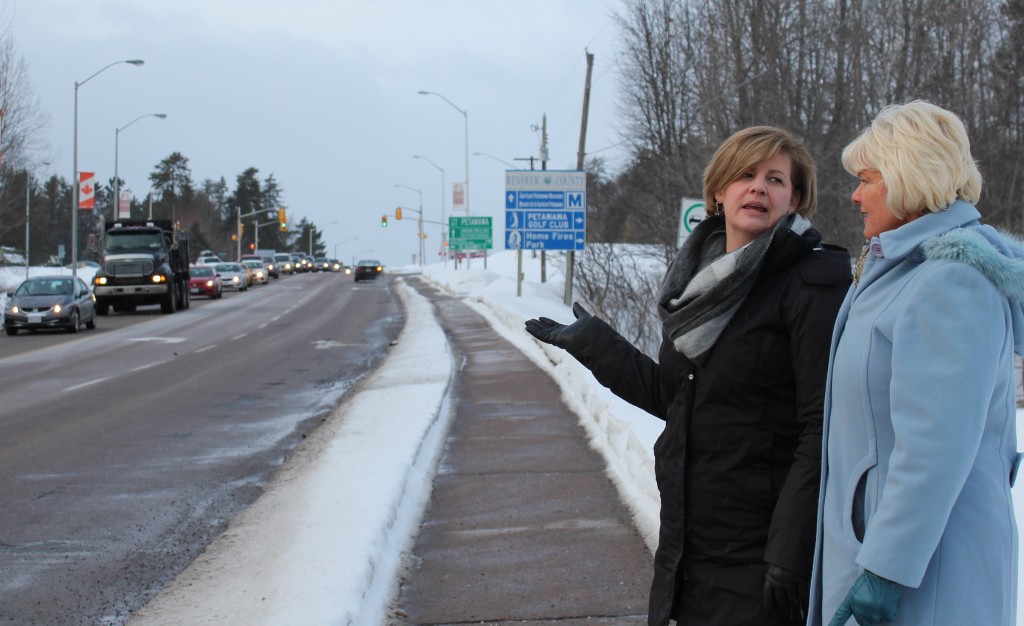 Renfrew County municipalities will be forced to raise property taxes with the TrudeauWynne plan for an Infrastructure Bank.

Foreign investors, who are being invited to fund this plan will demand high profits.

That will mean additional interest costs to build infrastructure, if a municipality can even qualify for funding. That policy has been a disaster in Ontario.

Today, Ontario has the highest electricity rates in North America.

Energy poverty combined with rising property taxes means seniors and others on fixed incomes will be the first to lose their homes as they are taxed to pay those profits.

The TrudeauWynne government is planning to launch the bank next year, with $15 billion re-directed from the March federal budget and another $20 billion in repayable contributions, loans and loan guarantees.

It hopes to leverage up to $5 in private money for every $1 in taxpayer funding.

The decision in the Fall Economic Statement to withdraw promised infrastructure funding by switching the 15 billion dollars that was in the budget for small and medium sized municipalities and rolling those borrowed funds into the proposed Infrastructure Bank withdraws those funds from being available to communities in Renfrew County.

In addition to looking for a high rate of return, which will increase the borrowing costs of Municipalities, foreign investors are not interested in administering multiple small infrastructure projects.

That benefits cities like Toronto, Montreal and Vancouver at the expense of small municipalities in places like Renfrew County.

Canadians were told the country was moving from a Conservative balanced budget to huge deficits to pay for new infrastructure.

A paper released this week by the Macdonald Laurier Institute confirms otherwise: “This spending cannot be called investment or infrastructure but is run of the mill government expenditure. Even based on its own accounting, Ottawa’s fiscal plan is overwhelmingly one that increases government borrowing to spend on salaries, benefits and feel-good projects with limited stimulus value.”