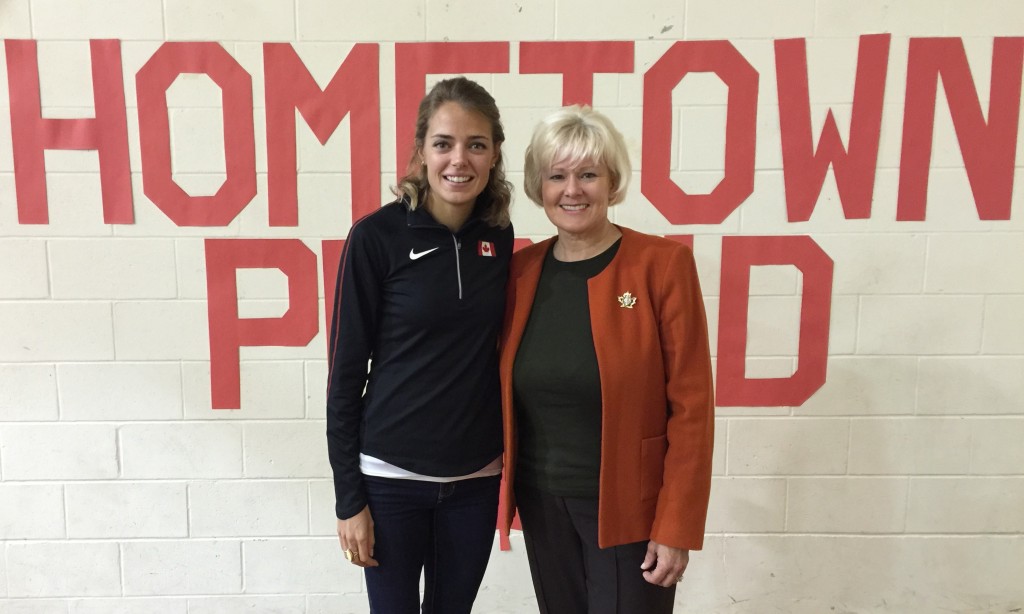 We have another reason to cheer on ‘Bish.

It was my honour and privilege, on behalf of friends, family, and the wider Upper Ottawa Valley community, to nominate Melissa Bishop to the CAAWS 2016 list of the most influential women in sport and physical activity.

For youth in the Ottawa Valley, and particularly girls, Melissa is a positive role model to get involved in sport and other physical activities. Melissa has drawn attention to the benefit of having a goal and the need to work hard to achieve that goal. Never give up. It just so happened her goal involved physical activity and earning a spot on Canada’s most recent Olympic team.

When contacted to see if there is an individual I felt should be considered for the impact she is having, and would continue to have as someone under 30 for the future, I immediately thought of our hometown girl, Melissa Bishop.

CAAWS will recognize 20 individuals on the Most Influential List for 2016. Nominators nominate an influential woman in one of five categories – athlete, coach, builder, media and one to watch. The list will feature four women in each category. In addition to the list of 20 women recognized for their contributions and influence, CAAWS will award five of those women -one per category – with a Most Influential Women Award, highlighting them for their particular achievements and influence.