Ottawa, ON – I am asking the Government where over $800 million dollars disappeared to, when it should have gone to Municipalities, for equal distribution through the Federal Gas Tax Fund administered by the Association of Municipalities of Ontario (AMO).

Mrs. Cheryl Gallant (Renfrew—Nipissing—Pembroke, Conservative):
“Mr. Speaker, in their 2016 deficit budget, the Liberals promised to transfer uncommitted infrastructure funds from the previous Conservative government to municipalities through the gas tax transfer fund. When they took office in November 2015, there were $837 million left to distribute to municipalities across the country. On budget day just four months later, there were just $31 million left in the pot. One problem: no municipality has a record of the money coming to their municipality, so if no one has a record of the money, where did the money go?”

Of the many Conservative Government accomplishments the direct, respectful relationship we had between the two government levels was the one I am most proud of. Municipalities preferred the changes we made to the Federal Gas Tax program that made it permanent, predictable and fair.

The missing funds from Conservative legacy programs were accumulated without raising taxes and the federal budget was balanced.

Unlike the proposal-based way of distributing funding favoured by the Liberal party, where rural municipalities likened the process to playing the lottery, funds from the federal gas tax are distributed on per capita basis, with the same rules for everyone.

AMO has identified an annual difference between the funding required, and for meeting infrastructure replacement needs at $378 per household. That means property taxes would need to increase by that amount at a minimum. If the funds promised in the 2016 budget had been distributed as stated, the City of Pembroke would have received an additional $541,398.

The Association of Municipalities of Ontario (AMO) delivers the Gas Tax Fund to all Ontario municipalities, except Toronto, twice a year, on a per capita basis. Funds can be invested into infrastructure from 16 different project categories, or can be used for capacity building projects that contribute to strategic asset management and long-term planning. In 2016 AMO received $617 million from the Fund to invest in local infrastructure.

Thanks to the agreement signed by the Conservative Government, Ontario’s municipalities will receive $3.8 billion between 2014 and 2018. 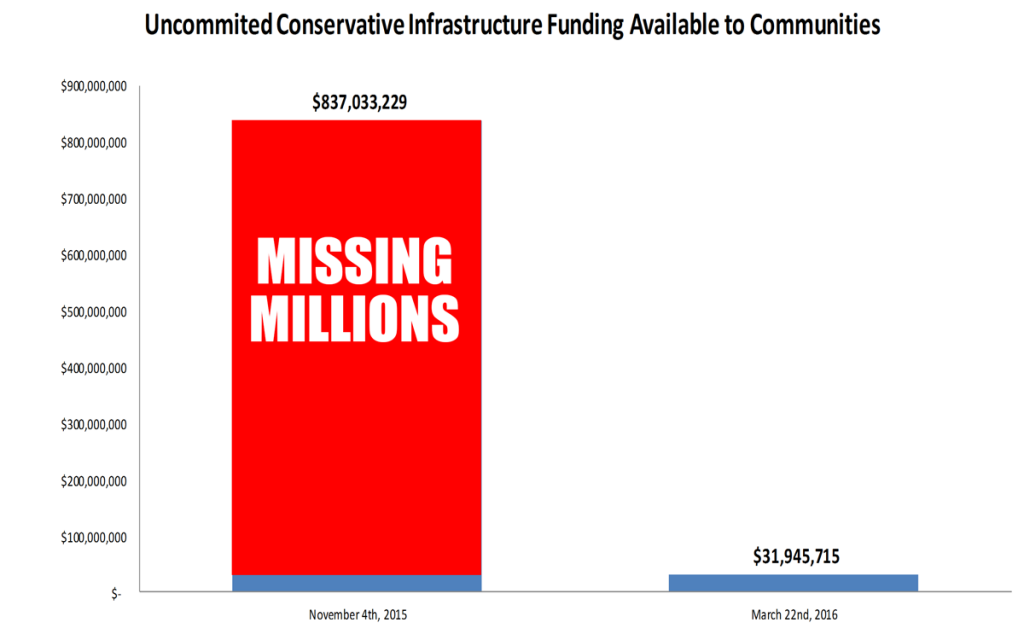