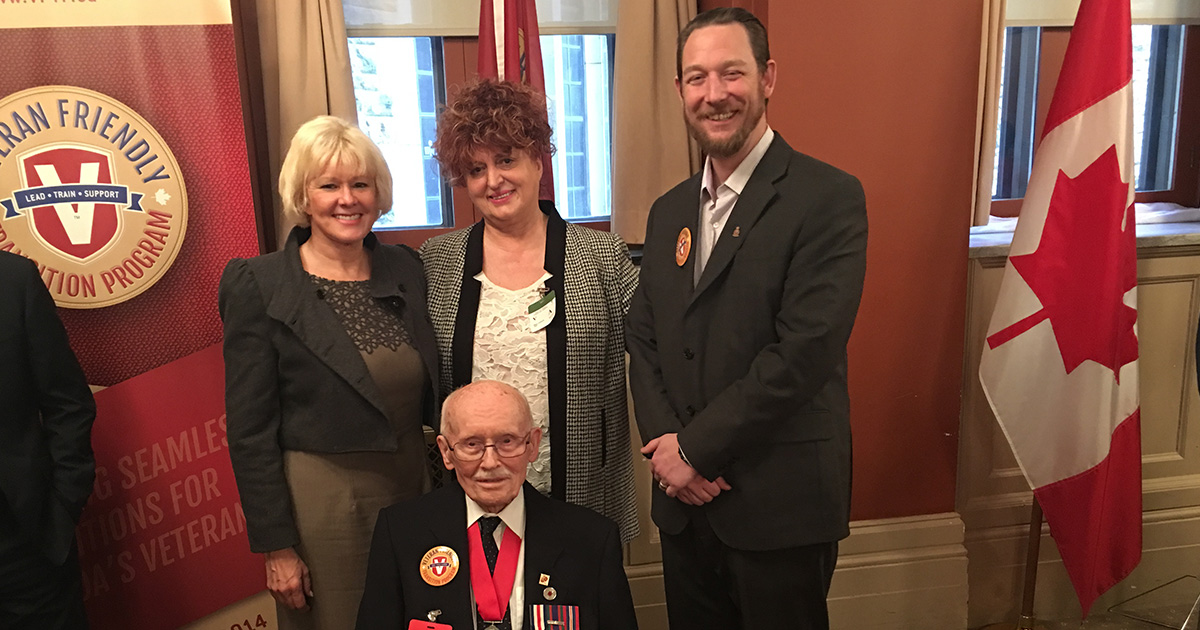 I was pleased to join Rima Aristocrat, CEO of Willis College, for the official launch of Willis College’s Veteran Friendly Transition Program (VFTP), an education program designed to help Veterans succeed in their careers following their discharge from the Canadian Armed Forces.

This program is the culmination of years of hard work by Rima and her team at Willis College.

As the longest serving Member of the Standing Committee on National Defence, Veterans’ education funding upon release is something I pursued on behalf of retiring soldiers. It gives me a great deal of satisfaction as an MP with a significant military population to know the part I played in this announcement.

The Veteran Friendly Transition Program (VFTP) is a transition program for Veterans that provides a flexible and supportive Veteran-friendly career and learning environment that will help enable Veterans to find gainful and meaningful employment following their service to Canada.

The program was announced on March 23rd. Registrations will begin in late April.

More information is available at: williscollege.com.