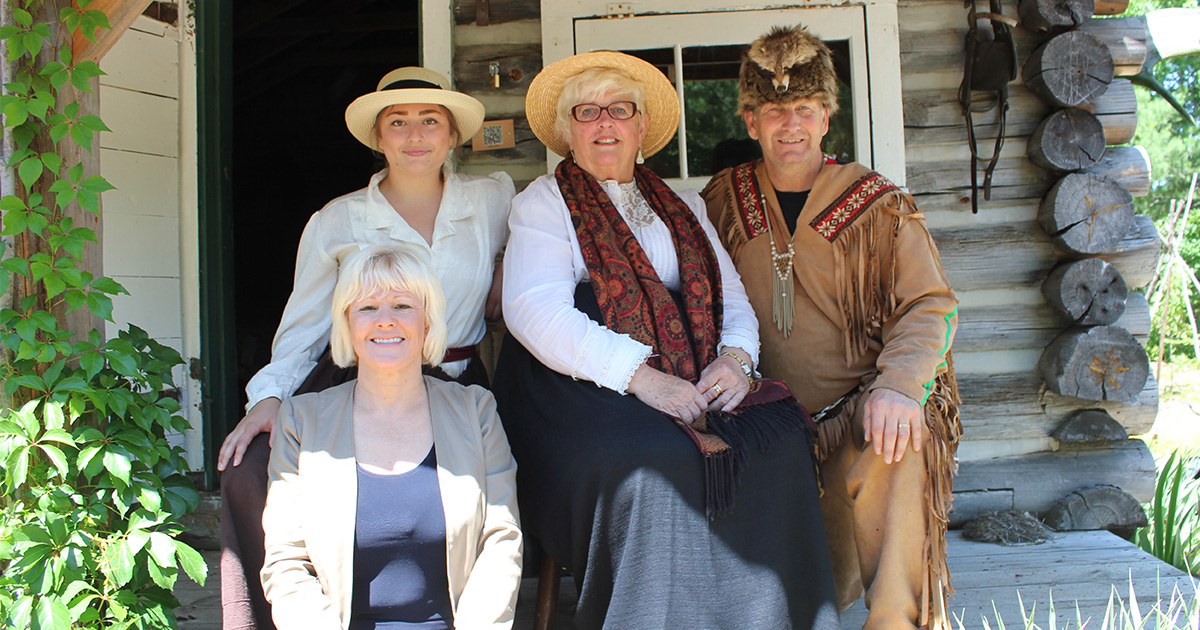 I visited the Petawawa Heritage Village this past weekend, to hear how visitors will go back in time to 19th Century Upper Ottawa Valley Canada Day celebrations.

On July 1st, 1867, residents of Renfrew County in Canada West were witnesses and participants in a once in a lifetime honour – to be present at the birth of a nation.

While we celebrate the 150th anniversary of confederation this year, you have to wonder what it was like for the common person, 150 years ago, to find out they are members of the brand new nation of Canada.

At the Petawawa Heritage Village, through the tireless efforts put of volunteers, and thanks to $16,300 in Federal Canada Day Funding, you can be teleported back in time from August 11th-13th to see how people reacted to calling themselves Canadians for the first time.

The Petawawa Historical Society was founded in 1999 by Al Crocker, Ann McIntyre and Sharon and Jodie McDonald. Their work and efforts resulted in the creation of the Petawawa Heritage Village in 2004. The Village contains 11 heritage buildings from the late 19th and early 20th century, and allows visitors to see and hear firsthand of the history the Upper Ottawa Valley.

The trip to the Petawawa Heritage Village featured time warp this past weekend – this time forward to the early 20th Century, with the arrival of the Antique Car Show. We were able to see firsthand a collection of cars and trucks from the dawn of the automobile era, including Mike Allen’s masterfully restored 1929 Ford Model-T.

If you want to experience time travel for yourself, I encourage you to come and check out the Petawawa Heritage Village, 176 Civic Centre Road, Petawawa, Ontario. You can also find out more at their website, or on their Facebook page.

You Won’t Believe What Trudeau Did To A Wounded Soldier
Kick start your future by volunteering with Cheryl, as one of her Youth Advisors!