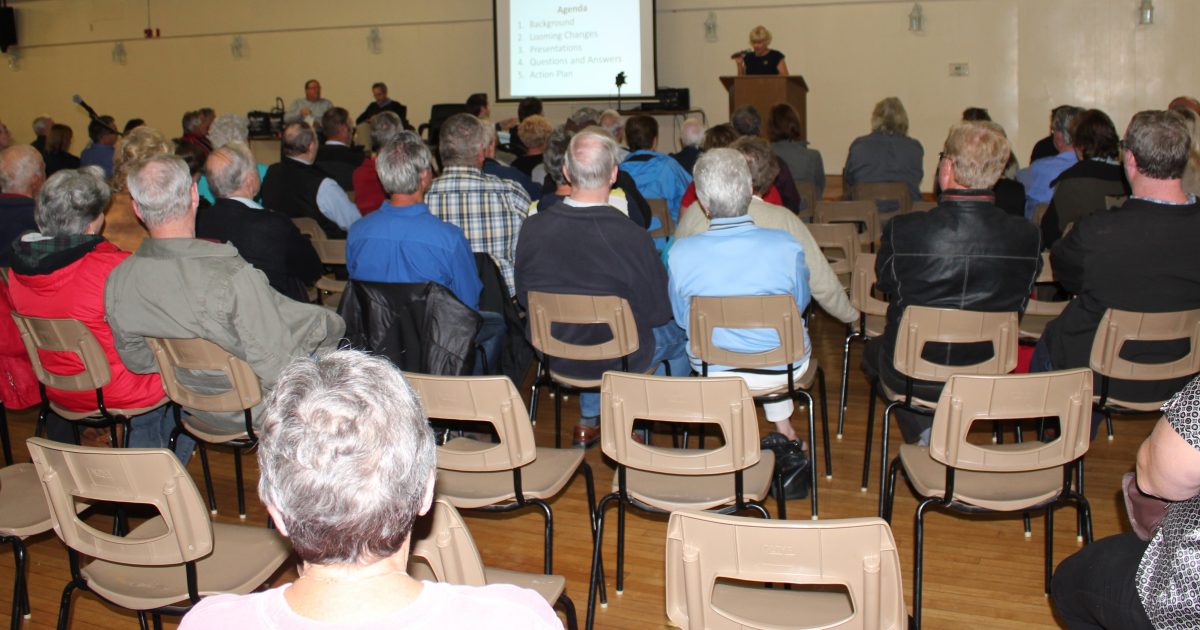 By Cheryl Gallant on September 29, 2017 in Job Creators, Our Community

Thank you to the many constituents who attended a packed meeting at the Cobden Agricultural Hall to voice their opposition to the plan by the Federal Government to raise taxes on farmers, small business, as well as a variety of professionals like engineers, doctors, dentists, building contractors, plumbers, electricians, to name a few trades.

What is being proposed by the liberal party will change the ability of a family member to work on the farm.

It will limit the farmer’s ability to save for his or her retirement.

Just as troubling, the changes will make it more difficult for the farmer to pass the farm to the next generation.

What Canadians are now witnessing is the death of the family farm if Trudeau and the liberal party get their way.

What is really unfair is the way the liberals have targeted doctors. Doctors in Ontario were told they had to incorporate. Now they are being called tax cheats for incorporating.

In Renfrew County older doctors have been delaying retirement out of concern for their patients.

These tax changes will push doctors to stop practicing medicine now to avoid having their retirement savings taxed away.

Renfrew County will be back in a healthcare crisis. There are too few doctors as it is.

Their presentation included a question and answer session.

As each individual person’s circumstance is different, taxpayers will be forced to spend thousands of dollars on lawyers and accountants just to protect what they have.

One of the points raised was the sneaky way the changes were announced, in the middle of summer when taxpayers would be pre-occupied with work. For those who could afford to do so, summer time is when Canadians take a much needed break with their families.

Never before have such sweeping tax changes been proposed with so little public consultation.

Normally, changes such as these are announced in a federal budget, followed by an extensive consultation period.

The media was purposely distracted by the disgraceful 10.5 million dollar terrorist pay-off which preceded the announcement that taxes would be spiking upward to pay for bad spending.

The good news is, the Conservative party is committed to fighting this unfair attack on working Canadians, particularly the attack on people who grow our food, provide jobs and keep us healthy.

The selfie-obsessed snowflake Prime Minister will melt in the glare of public opinion.

It is time to turn up the heat on him and his party.