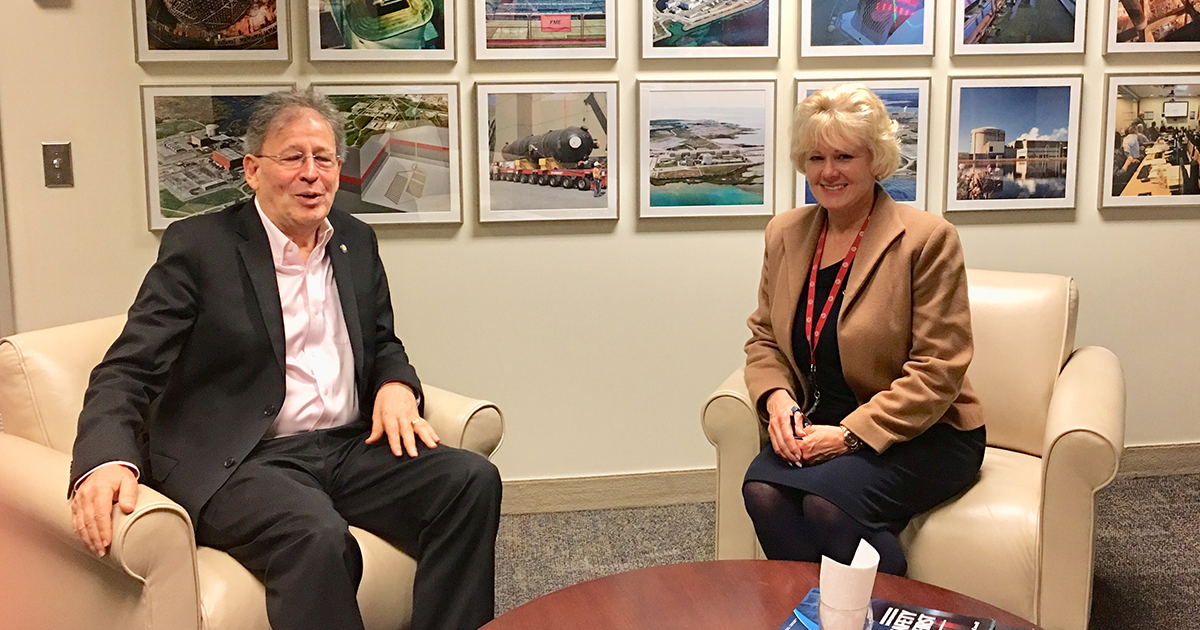 Renfrew-Nipissing-Pembroke – Cheryl Gallant, MP is pleased to thank retiring Canada Nuclear Safety Commission (CNSC) President Michael Binder for his years of service to Canada. His last official day was May 8, 2018.

“On behalf of the over 2800 employees of Canadian Nuclear Laboratories (CNL), their families and the local community in the upper Ottawa Valley, and indeed all Canadians, thank-you, Michael Binder,” stated Cheryl Gallant, MP. “Your professionalism and dedication have been a bonus to Canada’s world-class reputation as a first tier nuclear country.”

As President and Chief Executive Officer of the CNSC, Dr. Michael Binder was appointed to this position in January 2008 and reappointed for a second five-year term, effective May 2013. The CNSC was established by the federal government to protect the health and safety of Canadians, and to regulate the use, possession and storage of all nuclear substances in Canada.

“Canada is the home of modern, nuclear medicine. Modern medicine could not exist as it currently does today without nuclear research,” observed Cheryl Gallant, MP. “I quote a recent publication, ‘the radioisotopes generated in nuclear reactors are the key behind modern medicine—from imaging, to diagnostics, to treating cancer, and sterilizing hospitals in a way that minimizes antibiotic resistance. Radioisotope therapy for treating cancer was like discovering fire—it changed the name of the game.  Radioisotopes are a critical component of modern diagnostic technology because they are significantly more precise, versatile, and less-invasive than traditional methods of exploring the human body such as surgery, and x-rays. Nuclear medicine has been one of the biggest breakthroughs in oncology, and for it to continue, we need nuclear reactors.”’

“If Ontario had spent a fraction of the money it wasted on solar panels, on nuclear power instead, we could have made the transition to an emissions-free economy already.  But then, there would not be the excuse to impose the unknown cost of huge carbon taxes on over-taxed Canadians,” observed Cheryl Gallant, MP.

“Michael Binder assumed the Presidency after a time of political interference by the previous administration of the CNSC. He restored science-based decision making and Canada’s world reputation as a leader in nuclear safety. I hope the next President of the CNSC continues in the good practices established by Michael Binder,” concluded Cheryl Gallant, MP.