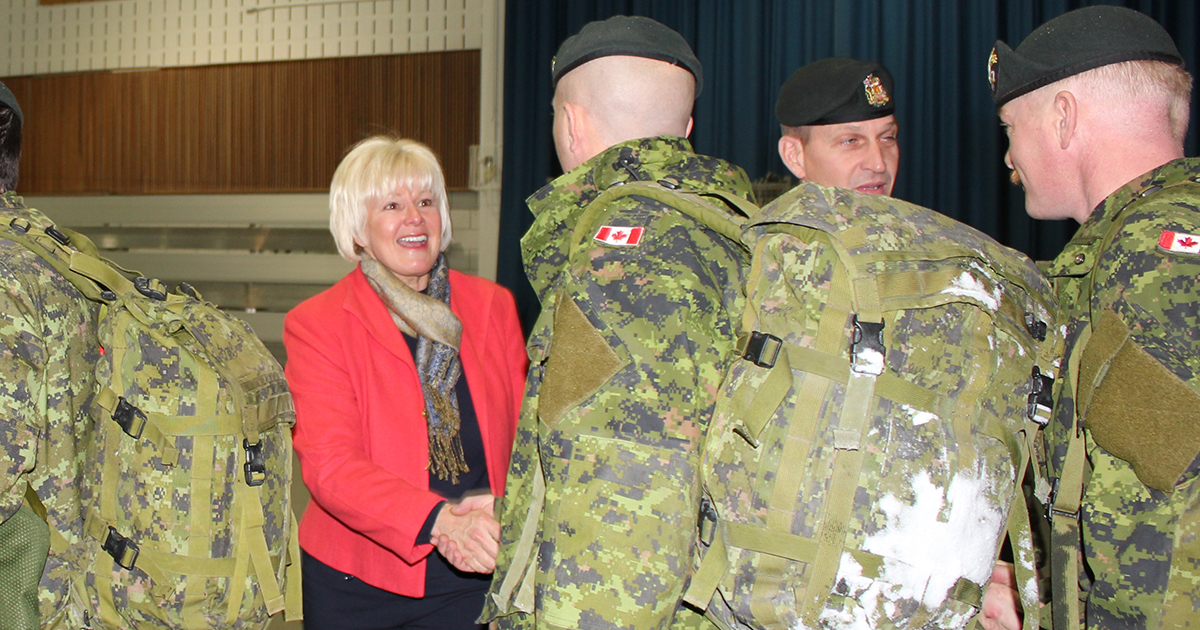 I rose during Question Period in Parliament to question the Defence Minister about equipment shortfalls for soldiers.

With summer upon us, Canadians are gearing up to head out to the great outdoors, and it appears they are better equipped than our Canadian Armed Forces. Thanks to the Prime Minister’s failure of leadership, our troops now face a shortfall of equipment when it comes to sleeping bags. How can the Prime Minister justify deploying our troops to a war zone in Mali when he cannot even outfit our troops for a trip to cottage country?

The inability of the government to properly supply the women and men in uniform has been linked to the failure by the Department of National Defence to purchase $2.3 billion in needed equipment last year.

The massive deficits the Trudeau Liberals are running are not being used to properly equip our women and men in uniform.

They have money to subsidize windmills overseas, but do not have funds to equip items like sleeping bags for soldiers in Canada. Something is very wrong with the priorities of this government.”

Today’s equipment shortages remind Canadians of when troops were sent by the Chretien Liberals to the desert wearing forest-green fatigues. Early patrols in Afghanistan, were done in flimsy old Iltis jeeps — a legacy of the neglect, underfunding and apathy to which the Canadian military had been subjected for the balance of the 1990s during a period known by soldiers as the ‘ecade of darkness.’

When courting voters during the last federal election, the federal Liberals, Trudeau and his then point-man on military affairs, retired general Andrew Leslie, talked a good game about funding for Canada’s military. They even promised funding for defence would be maintained. But come the 2016 budget, $3.7 billion of planned equipment spending was promptly deferred.

Canadians learned during testimony at a Senate committee this spring, there is paralysis in the defence department.

The Prime Minister and cabinet have other priorities, presumably – tax cuts for Toronto Bay Street insiders, and bailing out the wealthy American shareholders of the failed Kinder-Morgan pipeline,  — that are just too compelling for the government to ignore.