Cheryl Gallant, Member of Parliament for Renfrew-Nipissing-Pembroke, is warning constituents about a fake news story being promoted by an organization claiming to be an online casino.

“This is a very deceptive fake news site that mimics the graphics and format of the CBC website before it was recently updated. Under the headlines “Legalization of Cannabis To Be Delayed As Funding Allocated To Controversial Social Program,” and “Controversial Plan To Pay For Universal Income Unveiled,” the site uses just enough snippets of real news to fool unsuspecting Canadians, when they are actually reading fake news,” stated Cheryl Gallant, MP.

The fake story makes the claim that federal government profits from the sale of cannabis would go to fund payouts for a government-approved online casino, and that eventually the tax revenues from the sale of cannabis and online gambling would be enough to pay a universal basic income.  The fake story encourages Canadians to visit the alleged online casino and make real money deposits.

“This goes beyond using fake news to increase page views and reap advertisement revenues. This outfit is paying for ads to market a fake news site to have people transfer real money to what may possibly even be a fake casino.” said MP Gallant. 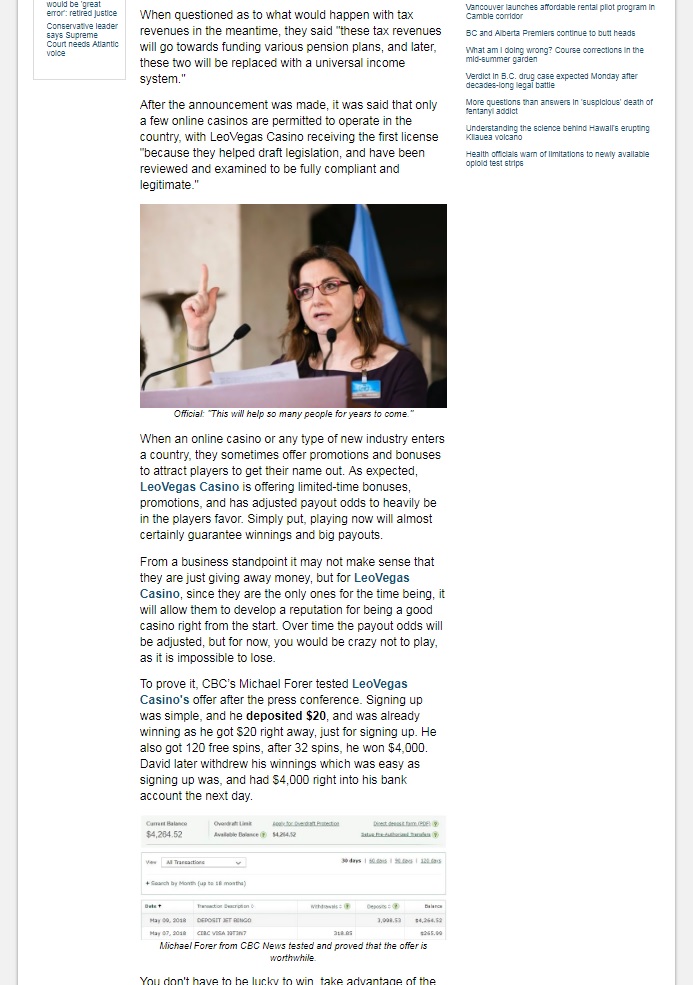