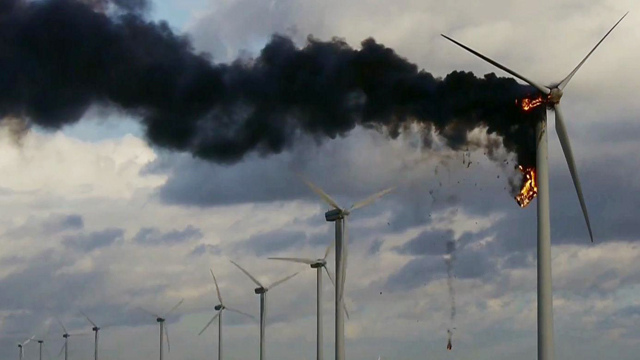 Since the last federal election, Canada has benefited from the strong U.S. economy. The free ride is over in 2019. After years of wasteful spending using borrowed money, the first of many tax increases are set to pick your pocket, starting with the 11.9% increase in the CPP payroll tax January 1st.

While this particular tax increase is supposed to result in an eventual increase in CPP pension benefits, (after 40 years of contributions), the devil is always in the details. The Canada Pension Plan Investment Board (CPPIB), which invests funds for the CPP, has felt the need to state it will focus on lower risk investments with the additional premiums it is now collecting from workers. Under the deficit-obsessed Trudeau liberals, Canadians have real concern the money will not be there to pay pensions when the time comes to retire.

On April 2nd of last year, the CPPIB announced that it was using taxpayer payroll contributions to acquire a risky portfolio of six operating wind and solar power projects located in Ontario from foreign-owned NextEra Energy Partners, LP (NYSE: NEP) for $741 million. The deal includes the assumption of approximately $882 million in existing debt.

In June of last year the federal environment minister, Catherine McKenna, posted her approval of the Canada Pension Plan Investment Board purchase. Ontario Hydro customers, particularly those, who will depend on a CPP retirement pension, have their worst fears realized. They continue to overpay for electricity, and now have to pay more into the CPP. The CPP Fund is supposed to operate at arm’s length from politicians. Another $300,000 in workers’ premiums were wasted buying ads in this election year to calm CPP pensioners; the ads to run during American football games with money no longer available to pay pensions.

The controversial industrial wind turbine scheme brought in by the now defeated Liberal Party of Ontario had been mired in controversy from the outset. According to Ontario’s Auditor General Bonnie Lysyk, Ontarians paid $37 billion above the market price for electricity over the past eight years, and face an additional $133-billion overpayment by 2032. Ontario is now burdened with the continent’s highest electricity rates.

What the pension plan purchase means for working Ontario electricity ratepayers is even higher rates. CPP tax premiums are being used to purchase something that is causing the spike in electricity prices. High energy costs result in unemployment. Just ask the soon to be laid off workers at GM in Oshawa.

As the new provincial Conservative government moves to fix the mess at Ontario Hydro, taxpayers are being jammed by the current federal government with high electricity prices today because of this political purchase. A reduced pension will be waiting for retirees when the time comes to collect, after the CPP board is forced to unload bad investments like the industrial wind turbines. The rich trust fund beneficiaries like the Prime Minister and his Finance Minister were only too happy to dump the industrial wind turbine investment after collecting big, artificial returns.

The fastest growing federal expenditure this year and next will be the cost of servicing the existing debt.

There is no desire among Liberals to return to budget balance. The federal government will soon spend more on interest payments for Liberal debts than is spent on healthcare today. In major cities like Toronto and Vancouver, Canadians have become a nation of renters. Canadians cannot afford four more years of this bad government.