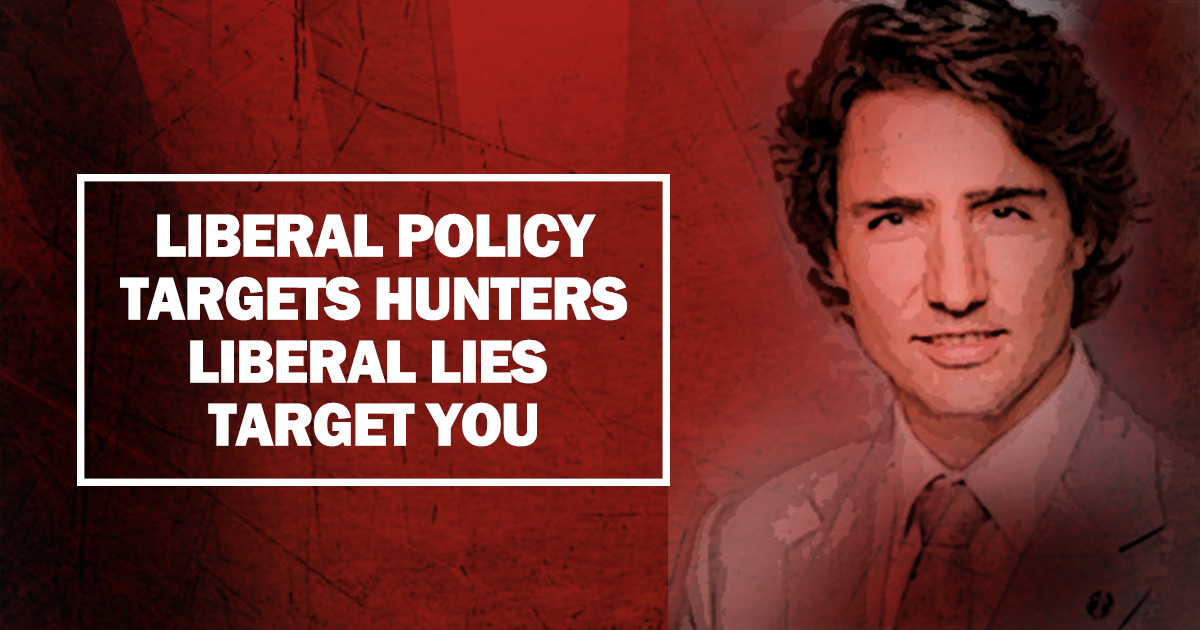 By Cheryl Gallant on July 6, 2020 in Liberal Firearms Confiscation

The Liberals’ Firearms Confiscation Plan is an act of fraud being committed against people who do not own firearms.

They told Canadians it was “assault-style” ban.

They told Canadians it is a buyback plan.

They told Canadians it is a plan to save lives.

What it is, is a three part plan to strip citizens of their private property.

What it does is set a dangerous precedent for future Liberal governments to follow.

What you need to know is how this fraud works and what you can do to fight it.

In one of those classic Ottawa elite coincidences, which happen around Liberal governments, pollster Angus Reid released a survey of Canadians on the same day Trudeau would announce his Firearms Confiscation Plan.

Journalists preparing to report on the plan to confiscate firearms were now primed to believe it had overwhelming public support, which shapes how they reported the story.

The problem is the pollster never asked Canadians if they supported a ban on assault-style firearms.

They asked if they would support a ban on “assault weapons”.

By “assault weapons” they mean automatic firearms, and they have been banned for forty years.

“Assault weapon” is meant to invoke fear and obscure the truth.

“Assault-style” is an American phrase imported by Liberals to invoke fear, and obscure the truth for Canadians.

Do you think the poll results would be the same if Angus Reid asked Canadians if they were aware automatic firearms have been banned for 40 years before they asked if automatic weapons should be banned?

Do you think the poll results would be the same if Angus Reid had asked Canadians if they support a ban on firearms based on the way they look?

If your answer is yes, than you understand how the polls shape perception and distort the view the media and the public have of the policy.

The truth, the Liberals discriminate firearm reclassifications on the basis of the way they look, and how likely they would be to scare Liberal donors.

Unfortunately for the truth, “assault-style firearms ban” is easier to fit in a headline than “Selective firearms re-classification on the basis of colour and adornments”.

It is a fraud of style over substance.

It is a fraud of perception over reality

It is a fraud and non-firearms owning Canadians are the victims.

Along with the announcement of the ban, the Liberals announced a “buyback” plan.

Just as with “assault-style” the term “buyback” is a lie, but it is worse.

At least with “-style” the lie must acknowledge reality, even if the truth is being “assaulted”.

The only truth “Buyback” admits to is the fact your tax dollars will be used to buy something.

The problem is you cannot buy back something you never owned in the first place.

The lies are trying to make you think the property of your fellow citizens is not actually their property.

By making the claim the government is merely buying back property, even property it never previously owned, or even claimed to have once owned, it is declaring all private property only exists with the permission of government.

It is not a “buyback” of previously owned property; it is a “take back” of the permission Liberals believe governments give citizens to own property.

It can be easy to dismiss the suggestion that the government is trying to brainwash you into giving up your property rights, but that is how propaganda works.

It starts with targeting the unpopular property, such as firearms.

Every authoritarian slippery slope starts by going after the easy targets, but it never ends there.

Which piece of property will be targeted next for a “buyback”?

Is it unreasonable to believe a carbon obsessed Liberal government will not soon announce a “buyback” for gas lawn mowers?

The government and media will say it’s okay, you can replace it with an electric motor.

Then they announce a “buyback” of gas motorboats to protect the water, while the media ignores all the Liberals investing in kayak companies.

Once the motorboats are gone, they will come for the cottages because of all the impact on climate they claim it causes.

They might even style it as a “carbon-cottage” buyback.

If any of this sounds unreasonable, remember, this government is banning firearms because they look scary.

To the extent it communicates the fact your tax dollars are being used to buy your property back from yourself, it is honest, but the goal is to hide the truth.

The truth, this is not a “buyback”, it is a time-limited prohibited firearms purchasing program, and it is a template for future governments to follow.

The day Trudeau announced his discriminatory ban and costly prohibited firearms purchasing program may be remembered by future historians as another step in the decline of democracy.

The government had declared it held the power to circumvent Parliament, and issue an Order, which rendered Canadian citizens’ property worthless.

Trudeau then delivered an ultimatum.

Imagine for a moment this property was not an “assault-style” firearm, but a “carbon-cottage”.

First the government would adopt language in speeches and talking points referring to the problem of “cottages with carbon intensive parties”.

The media would begin to report on examples of the carbon footprints of extreme cottages owned by millionaires, which in no way reflect the modest cottage most Canadians own.

Pollsters discover the majority of Canadians do not own cottages and are concerned about media reports about “extreme carbon-cottages” killing the climate.

Then one day when Parliament is not sitting, the Prime Minister simply announced his Cabinet had met and issued an Order-In-Council declaring all “carbon-cottages” illegal.

They have two options. Surrender the cottage now and receive some compensation, or hold onto the property, continue to pay taxes on it but never see it again, and when they die, the government takes it without compensating their families.

If you do not own a cottage or a firearm, never plan on owning a firearm or never expect to afford a cottage, this might not sound alarming to you.

The problem, this is not about firearms or cottages, it is about whether we, as citizens, want to give government the power to simply issue an order declaring property worthless and subject to confiscation.

Surrendering this power means letting the government tell you what you value.

It means allowing the government to confiscate your property now, or confiscate it upon your death.

The truth behind the Liberals’ Firearms Confiscation Plan is a massive propaganda effort to make non-firearms owners comfortable surrendering the power to determine objective truth and to decide what you value.

If you care about the truth behind the Liberals’ Firearms Confiscation Plan, sign up to receive the next article in this series.