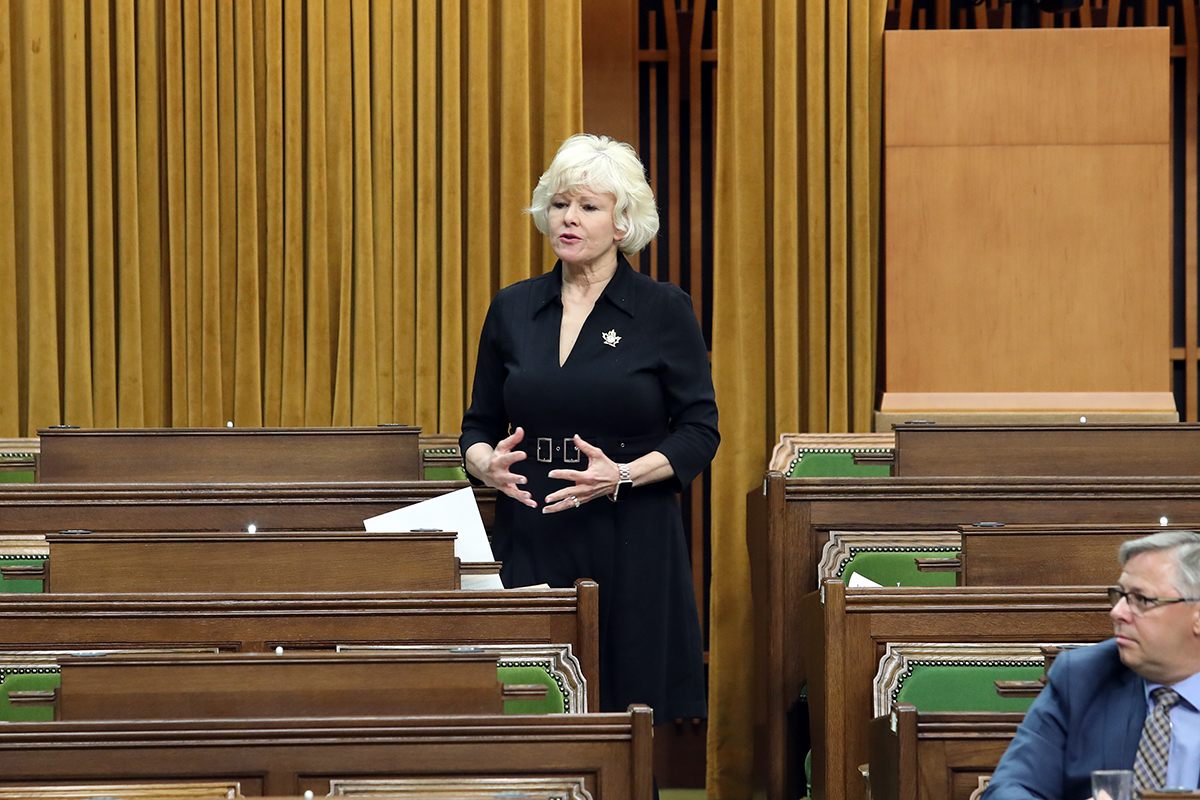 During debate over the Trudeau Government’s cover-up of sexual misconduct allegations within senior military leadership, MP Cheryl Gallant exposed the ways Liberals are perpetuating a culture of toxic masculinity.

“The Prime Minister’s toxic masculinity is never going to change unless members of his own caucus and his own party stand up to him,” said Gallant during the debate. “Canadians are disappointed in the female members of the Liberal caucus because they won’t stand up for victims of sexual assault.”

The debate arose from an exchange between MP Gallant and Defence Minster Sajjan during Question Period last week. MP Gallant had questioned how appointing another former Supreme Court judge to conduct another report on sexual assault will result in any change.

“I asked the Prime Minister why he thinks repeating the same mistake will get a different result,” said Gallant. “In his place, Canadians had to listen to the predictable talking points the Minister of Defence is ordered to regurgitate everyday.”

According to figures tabled in by Parliament by the Trudeau Government, at the request of MP Gallant, there were 581 incidents of sexual assault and 221 cases of sexual harassment recorded between April 1, 2016 and March 9, 2021.

“The Liberals only hired retired Judge Louise Arbour to prepare a second report on sexual assault once the cover-up reached the Prime Minister,” said MP Gallant. “This is all about protecting the Prime Minister’s brand.”