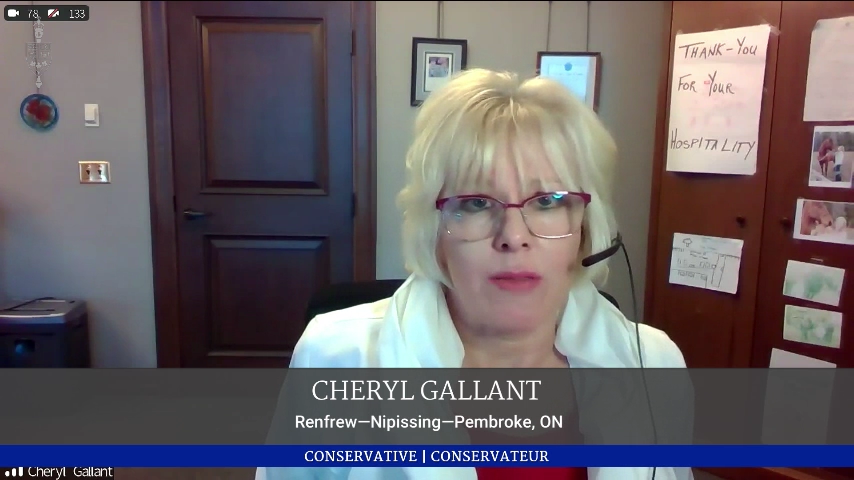 Cheryl Gallant, Member of Parliament for Renfrew-Nipissing-Pembroke, rose during Question Period today to ask the Defence Minister about contradictory statements made by his Parliamentary Secretary.

Cheryl Gallant: After the Prime Minister’s embarrassing comments about whipping out our fighter jets, he shifted from air support to training Iraqi soldiers. Canadian soldiers sent to Iraq reported evidence their trainees had committed war crimes, but were ignored. The minister claims no knowledge of the evidence again. His parliamentary secretary told this House the government is no longer training those particular Iraqis and a rigorous screening process has been put into place. Why were soldiers instructed to ignore evidence of war crimes, other than to protect the Prime Minister’s decision?

Anita Vandenbeld, Parliamentary Secretary to the Minister of Defence: Canada is determined to keep greater peace and security in the world and remains a strong partner in the fight against Daesh. We are committed to meeting our obligations under international and domestic law. Our government takes allegations like these very seriously. We are actively looking into these troubling allegations since we learned of them.