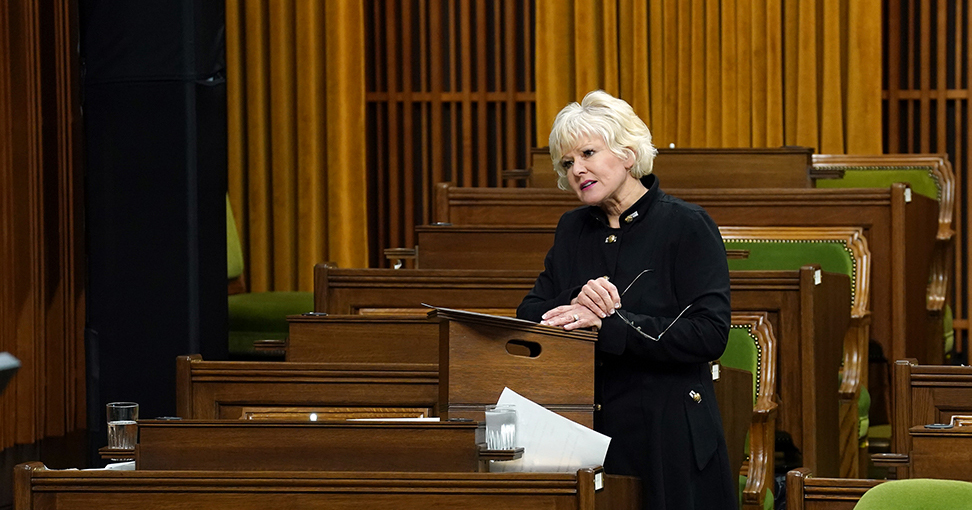 MP Cheryl Gallant pressed the Trudeau Government to come clean about what it knew, and when it knew that evidence of war crimes by Iraqi forces had been brought to the attention of senior Canadian military officers.

Cheryl Gallant, M.P.: Media reports say soldiers who raised concerns during OP IMPACT have been interviewed by Military Police. The Minister and the Parliamentary Secretary said the allegations are troubling and need to be an investigated. We know this Defence Minister has an allergy to conducting investigations. He actually pushed back from the table to avoid seeing any evidence. Will the Minister confirm an investigation is underway into the motive for the cover-up into these war crimes, which happened under this Prime Minister’s watch?

Anita Vandenbeld, Parliamentary Secretary to the Minister of Defence: Our government is committed to respecting and upholding human rights, international and domestic law, and the dignity of all persons. These disturbing allegations, I can confirm are under investigation by the Canadian Forces National Investigation Service. The Canadian Armed Forces are no longer operating with the elements of the Iraqi Security Forces involved in these allegations. We are taking this matter very seriously.

Were Allegations Ignored
Give The Defence Minister A Dishonourable Discharge