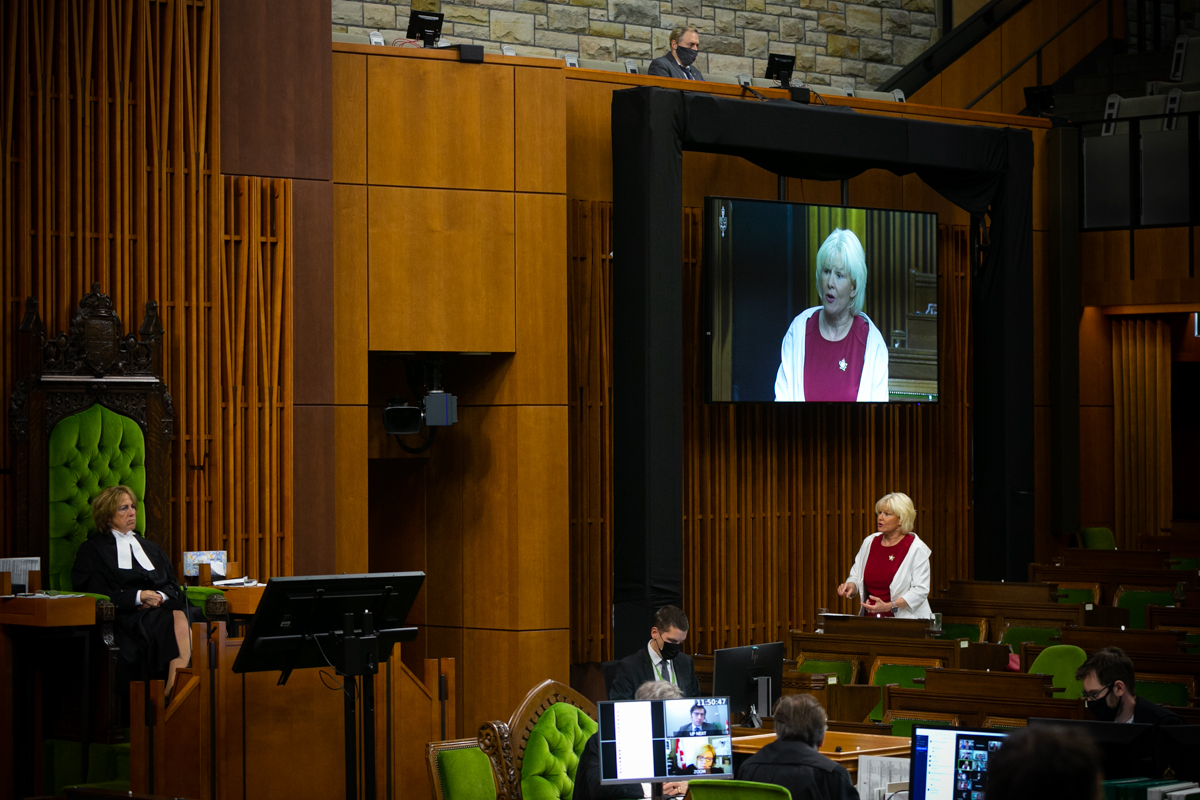 Ottawa, ON – Today in Question Period, MP Cheryl Gallant called on Prime Minister Trudeau to do the honourable thing and fire his Minister of Defence.

Mrs. Cheryl Gallant (Renfrew—Nipissing—Pembroke, CPC): Madam Speaker, the defence minister has been without honour from the start. First he let the Prime Minister destroy Vice-Admiral Norman, then he falsely claimed he was the architect of Operation Medusa. He took the honour out of the operation to combat sexual misconduct in the military, but now he has put put the honour of our country at risk by claiming he did not know about our soldiers being ordered to train war criminals, when the report was sent three years ago about it. Why won’t the Prime Minister do the honourable thing and fire this minister?