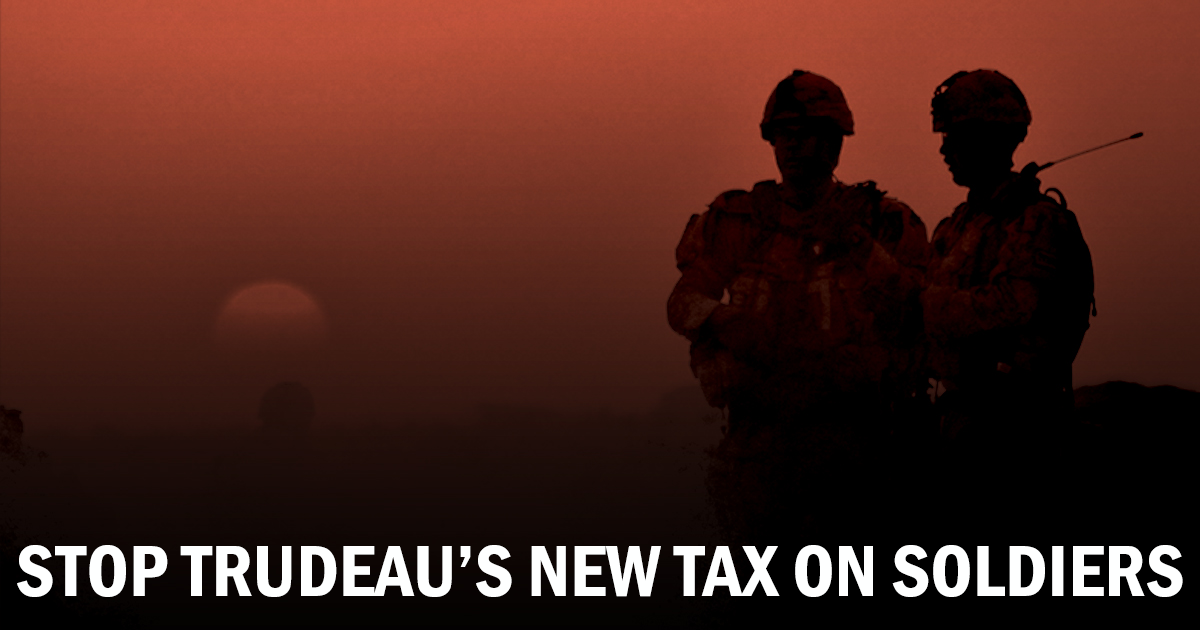 The Trudeau Liberals borrowing binge cannot pay for all their bad spending, so they are looking for people they can tax without a backlash. That is why the posting allowance will now be taxable.

Only in a Liberal Government is the Revenue Minister is more powerful than the Defence Minister.

It is clear that the Minister of Defence cannot defend the women and men, who defend Canada, from being Trudeau’s next tax target.

We need a Minister of Defence who will fight for the Canadian Forces.

Please, join me in telling the Minister of Defence to step up or step down.

Write to The Minister of Defence and Your Local MP