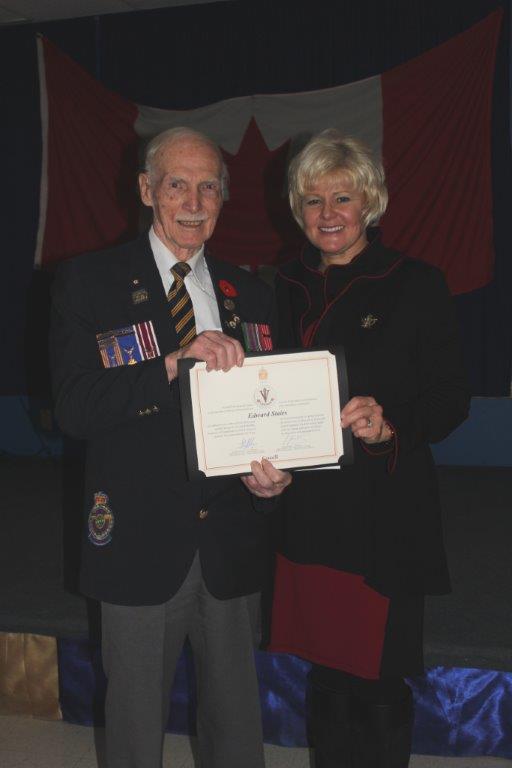 “Edwin Stairs was presented with this Tribute in commemoration of his service to our country in the Second World War,” said MP Gallant. “Canada’s contributions in the Pacific theatre of the Second World War are often overlooked. Service members like Edwin Stairs played a key role in the war against Japan, and we should proudly honour his service. ”

Edwin Stairs enlisted in the Royal Canadian Air Force in 1943. Following basic training he was sent to a wireless course, where he learned to read and break secret Japanese codes. Mr. Stairs served in the Pacific theatre intercepting, cracking, and decoding Japanese military transmissions, helping our war efforts. Following the surrender of Japan, Mr. Stairs, Mr. Stairs served with the RCMP until 1974.