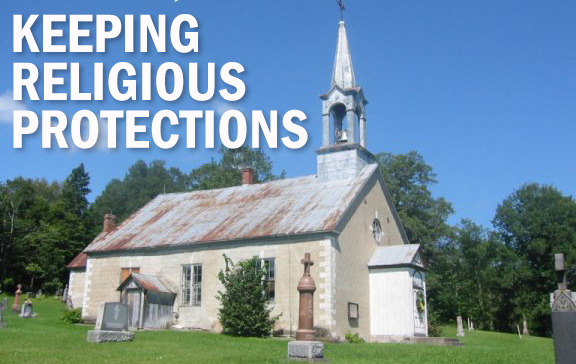 Bill C-51 was introduced by the Trudeau Liberals just days before Parliament broke for the summer.

At a time when hate crimes against religious communities across Canada are significantly increasing, the Trudeau Liberals quietly tried to strike the protections of the clergy from the law.

Through the vocal support from thousands of people like you, we have kept the protection – for now.

I am concerned the Liberals may try to strike the protection again when the bill comes up for a final vote in the House of Commons.

Please, join me in keeping the pressure on the Liberals by co-signing a letter to the Justice Minister urging her to keep religious protection in law until the bill makes its way through the entire legislative process.

Co-Sign My Letter To The Liberal Minister of Justice

Report from Parliament – Who’s in Your Pocket?
Cutting the Pay of Sick or Injured Soldiers is Just Plain Wrong