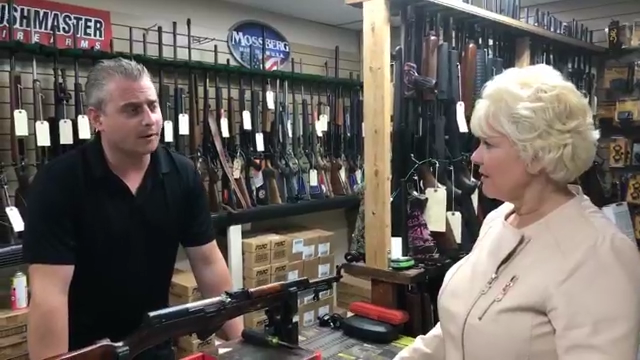 With so much misinformation being pushed out by people with an agenda, it has been refreshing to see journalists like Global News’ Matt Gurney and CBC’s Evan Dyer, provide Canadians with a fuller picture of the facts, pushing back against anti-firearm propaganda being used by some police, politicians and activists.

Gurney wrote, “Toronto Police Services detective, Rob Di Danieli told the Canadian Press that Canadians, who were lawfully licensed to purchase and possess firearms, were increasingly a public safety issue. ‘They go get their licence for the purpose of becoming a firearms trafficker,’ Di Danieli told the CP. ‘A lot of people are so ready to blame the big bad Americans, but we had our own little problem here.’”

The original Canadian Press article did not cite any statistics, but after Gurney received a copy of firearms statistics from the Toronto Police, he wrote “there is no surge in crime guns that can be traced back to licensed Canadian gun owners. None. It’s just not there. The Toronto Police Service’s own statistics show no such surge.”

Like Gurney, CBC’s Evan Dyer has been pushing back on claims from the Liberal Government about a surge in shootings. His article, Liberals’ claim of ‘steady increase’ in gun crime rests on a ‘drastic’ comparison to a low-crime year, reveals how the government has been manipulating the statistics to stoke fears among Canadians. Dyer wrote, “Experts say Trudeau government’s choice of baseline year makes crime stats look worse than they really are.” One expert Dyer spoke with did not think this was an accident. “Pierre-Jérôme Bergeron, who teaches statistics at the Department of Mathematics and Statistics at the University of Ottawa, who authored a paper called How to Engage in Pseudoscience With Real Data, said it doesn’t look like an honest mistake, either.”

Dyer’s most recent piece on firearms facts, Canada can’t say where its crime guns are coming from, shows that despite the government acknowledging it does not have the information, it has not stopped Trudeau’s Ministers from spreading fear.

Dyer wrote, “Public Safety Minister Ralph Goodale told a guns and gangs summit in Ottawa this year that more and more guns used in crimes in Canada were coming from within the country. But at the same summit, Lynn Barr-Telford, director-general in charge of justice surveys at Statistics Canada, lamented the ‘gaps’ in her department’s data.”

Despite the debunkings by Gurney and Dyer, news outlets, including the CBC, continue to repeat fake gun stats, even in articles about police unions opposing a handgun ban.

The hysteria over handguns has been fuelled by fake stats.

The fear-mongering over firearms must stop.

Trudeau’s anti-gun agenda has distracted journalists, policy makers, and the public from looking at issues, which might be more relevant to the surge in gang related shootings.

Politicians and journalists should look at the effect abolishing mandatory minimums had on firearms crimes, and how changes in the gang economy related to marijuana dispensaries and the opioid epidemic are fueling violence.

Download A Petition To Oppose A Ban on Firearms

Don’t have a printer? Complete the form below to request a paper copy of the petition by mail.

Ban Will Be Another Costly Failure
Why did Trudeau hand a 637% profit to US shareholders?