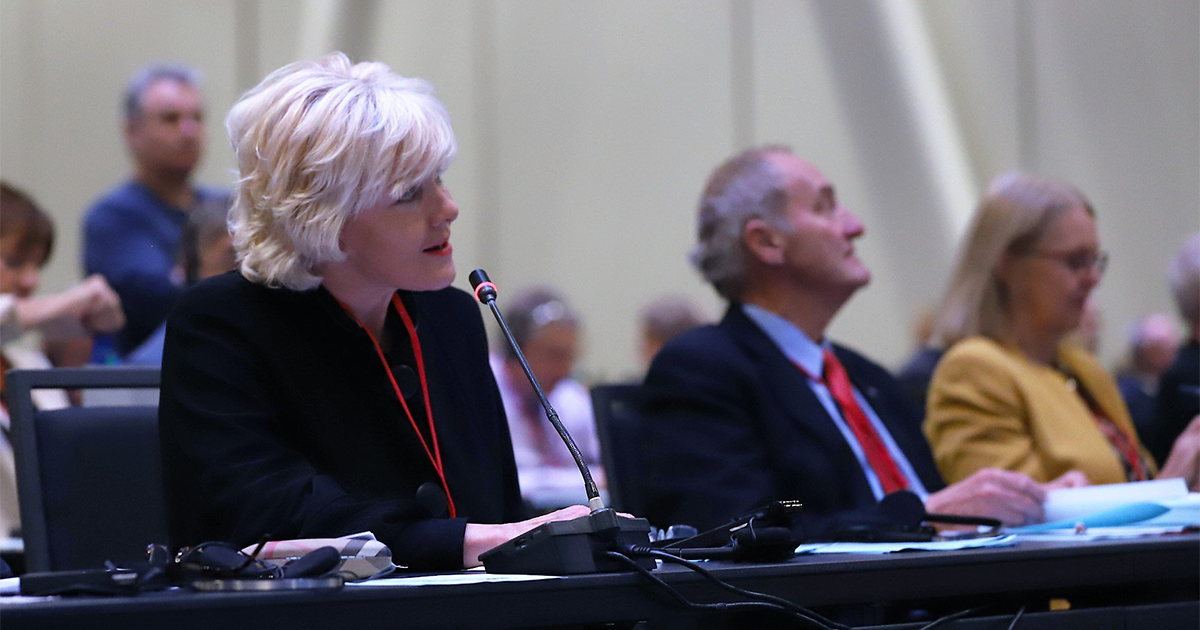 As your Federal Member of Parliament, a regular question I get is “Why is Canada’s deficit so high?” and “Why does this government think it can spend more than it collects in taxes?”

These questions are particularly important to Veterans, who are lectured to, by an insensitive Prime Minister, Municipalities, who are waiting on promises of infrastructure funding, our women and men in uniform, as they wait for ships and planes to do their jobs, and young, working Canadians, who recognize the deficits of today, are high carbon taxes tomorrow.

To answer the first question, Canadians need look no further than the decision this week to give a blank cheque to a new bureaucrat with the expensive title of Women, Peace and Security Ambassador. With the liberal party already spending 450 million dollars on this topic, and the gift made by the Prime Minister to give $2 billion of taxpayers’ dollars to fund a UN feminist international development agency, this is just another example of out of control spending by the federal government.

Creating the position of Women, Peace and Security Ambassador has to be one of the more outrageous examples of saying one thing when the Prime Minister’s actual behaviour demonstrates something very different. In the incident now known to feminists as the “Kokanee grope”, the Kokanee grope refers to an unwanted sexual advance made by the Prime Minister to a woman in her workplace. South of the border the Prime Minister has been referred to as the Bill Clinton of the great white north, in general reference to the behaviour that almost got Bill Clinton impeached as president of the United States.

For the Prime Minister, the groping incident is about hypocrisy, saying one thing about women, and applying a different set of rules to one’s own behaviour. For taxpayers, creating this position is about bad spending, using borrowed dollars to virtue signal about being a feminist, while paying lip service to Canadian values by spending other people’s money.

The Parliamentary Budget Officer has confirmed the actual deficit is billions more than predicted by the Liberal party. Already, illegal border jumpers have cost Canadians 340 million, a figure that does not include the 400 million spent by taxpayers in Ontario and Quebec to house and feed migrants’ who have come to Canada illegally, for a running total of 740 million dollars. That figure will continue to rise as more illegal migrants stream across our porous borders. The new Ambassador position comes without a declared budget, which can only mean more bad spending.

As beneficiaries of trust funds and having everything handed to them, the Prime Minister and his Finance Minister live in an artificial world of no rent or mortgage payments, and never having to worry about losing their jobs as they have their trust funds to keep them in a style of living ordinary Canadians can only dream of. They think they can spend, spend, spend because they know nothing else.