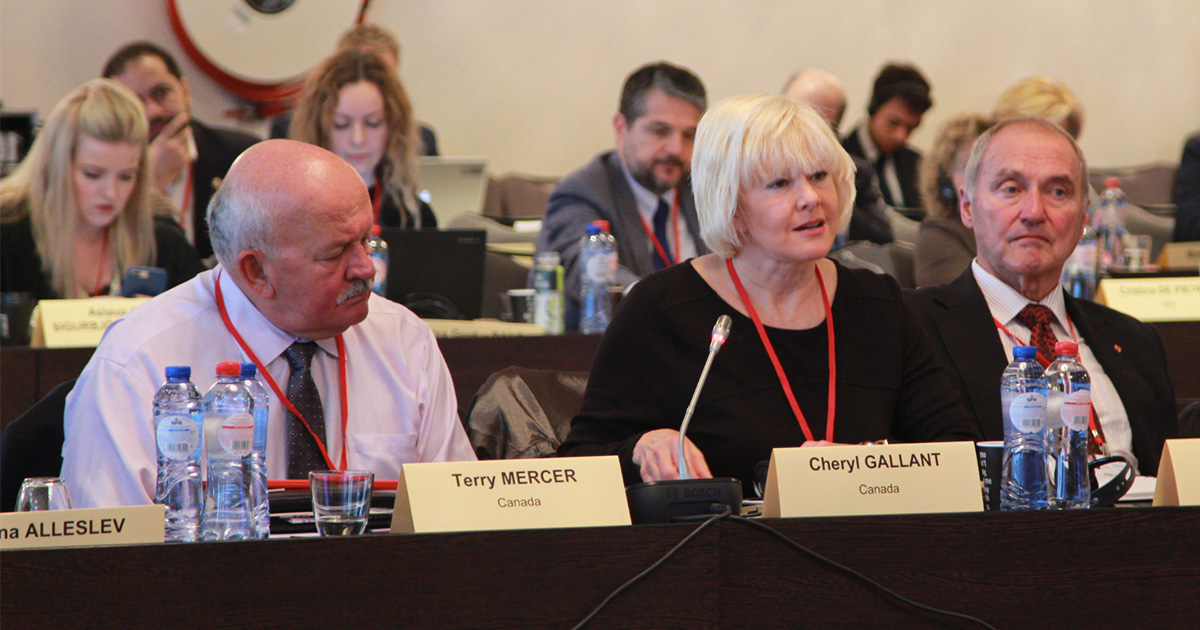 Canada is not exempt from the commitment to spend 2% of our GDP on defence.

That was the message I heard repeatedly at a recent meeting of the NATO Parliamentary Assembly in Brussels, Belgium.

Meeting with the President of the NATO-PA, the U.S. Vice President, Mike Pence reiterated America’s support for the Alliance, but also restated President Trump’s desire to see NATO countries get serious about their obligations to one another.

Each NATO country agreed to commit 2% of its country’s GDP to defence spending in 2006 but following the financial crisis and global recession of 2009 defence spending stayed the same, or declined in many NATO countries. At the Wales Summit in 2014, NATO leaders agreed to reverse the trend of declining defence budgets and decided:

Canada spends 1.02% of our GDP on defence spending and the Liberals are trying to fudge the numbers higher by including money spent on the coast guard in our 2% target.

The Prime Minister’s claim that there are ‘many ways of evaluating one’s contribution to NATO’ is simply another alternative Liberal fact. Each Allied country’s Ministry of Defence reports current and estimated future defence expenditure according to an agreed definition of defence expenditure.

NATO has only one way of calculating defence spending, and any attempt to report otherwise is Liberal fake news.

Reaching the goal of 2% will be a challenge for Canada and Europe but achieving that goal in and of itself would act as a major deterrent to Russia. Russia could never match our collective spending and just like the Soviet Union, Russia would go bankrupt if they attempted to keep up with NATO.

But for the deterrent to work it must be real spending. Fudging the numbers is not leadership, and Canada must be a leader in meeting this target.

Canada once had the 4th largest armed forces in the world, and we used it to help liberate Europe from tyranny. By being a leader in rebuilding our forces we send a strong signal to any country that would threaten global peace. Leading Europe to reach that goal of 2% is the surest way to deter future attacks, and ensures Canadians won’t have to go back and liberate Europe a third time.

Where’d the money go?
Can the Pop Tax